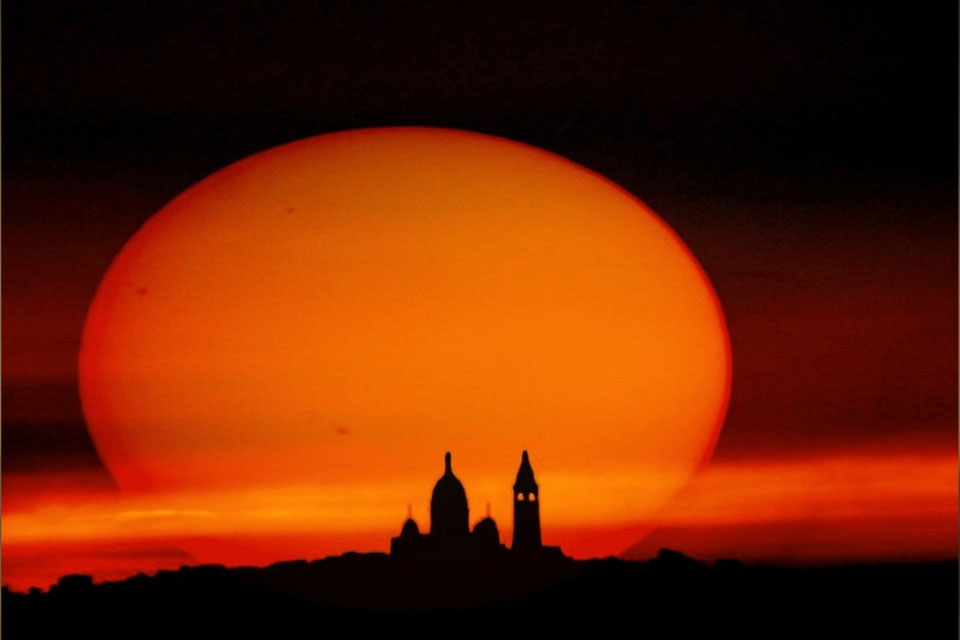 Explanation: What stands between you and the Sun? Apparently, as viewed from Paris last week, one visible thing after another. First, in the foreground, is the Basilica of the Sacred Heart, built in the late 1800s and located on the highest hill in Paris, France. Next, well behind the basilica's towers in the above image, are thin clouds forward scattering sunlight. Finally, far in the distance and slightly buried into the Sun's surface, are sunspots, the most prominent of which is sunspot region AR 1512 visible near the disk center. Since the time that this sunset image was taken, the sunspot region on the far left, AR 1515, has unleashed a powerful solar flare. Although most particles from that flare are expected to miss the Earth, sky enthusiasts are on watch for Sun events that might cause bright auroras in an invisible thing that stands between you and the Sun: the Earth's atmosphere.