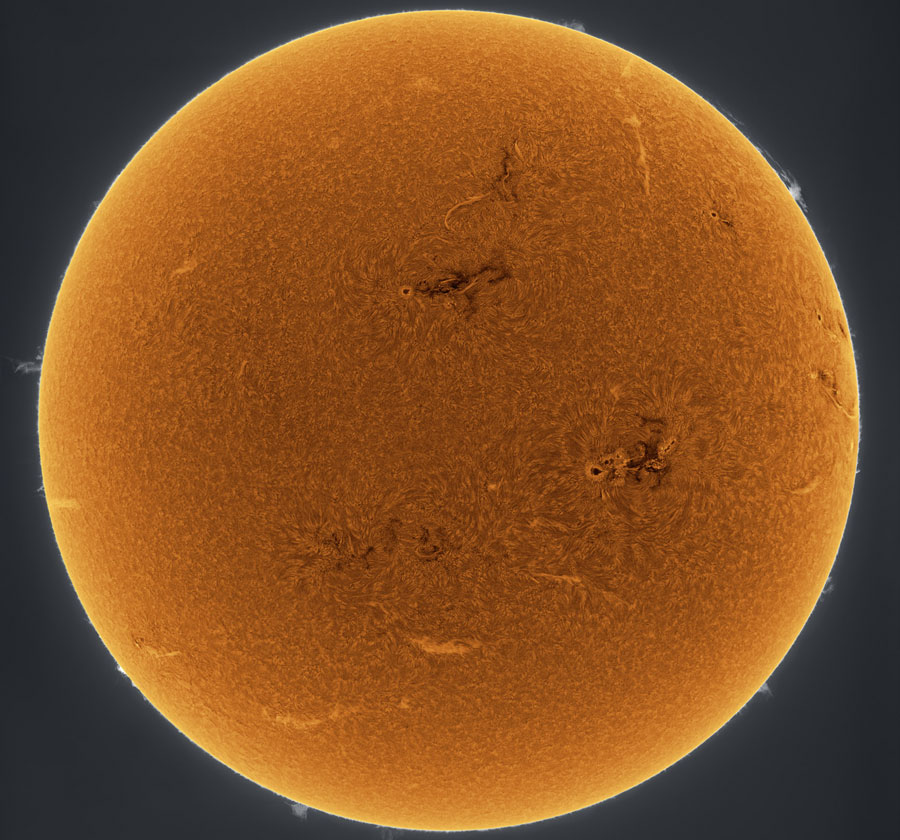 Explanation: Our Sun is becoming a busy place. Taken just last week, the Sun was captured sporting numerous interesting features including one of the larger sunspot groups yet recorded: AR 1339 visible on the image right. Only last year, the Sun was emerging from an unusually quiet Solar Minimum that lasted for years. The above image was recorded in a single color of light called Hydrogen Alpha, inverted, and false colored. Spicules cover much of the Sun's face. The gradual brightening towards the Sun's edges is caused by increased absorption of relatively cool solar gas and called limb darkening. Just over the Sun's edges, several scintillating prominences protrude, while prominences on the Sun's face are seen as light streaks. Possibly the most visually interesting of all are the magnetically tangled active regions containing cool sunspots. As our Sun's magnetic field winds toward Solar Maximum over the next few years, increased activity will likely create times when the Sun's face is even more complex.