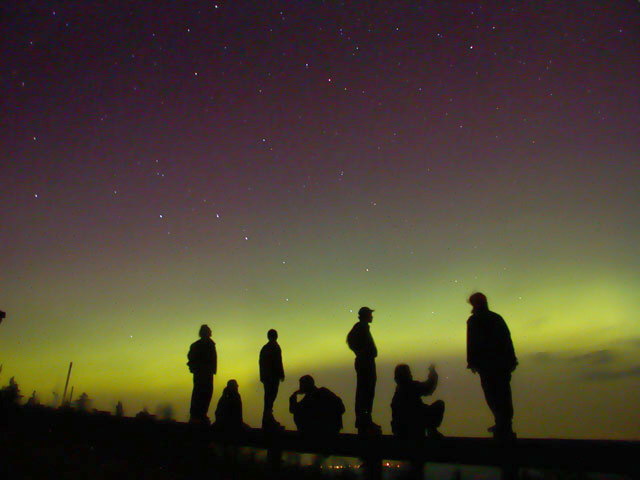 Explanation: Have you contemplated your sky recently? This week will be a good one for midnight meditators at many northerly locations as meteors from the Perseid meteor shower will frequently streak through. The Perseid meteor shower has slowly been building to a crescendo and should peak on the nights of August 11 and 12. Pictured above on 2002 August 1, a group of celestial sightseers near Quebec, Canada are treated to a dark and wondrous night sky that contained bright stars, green auroras, the band of our Milky Way galaxy, a majestic Moon rising, the International Space Station slowly gliding by, and the occasional flash of a Perseid meteor. Although no meteors were caught in this frame, the Big Dipper remained quite prominent.