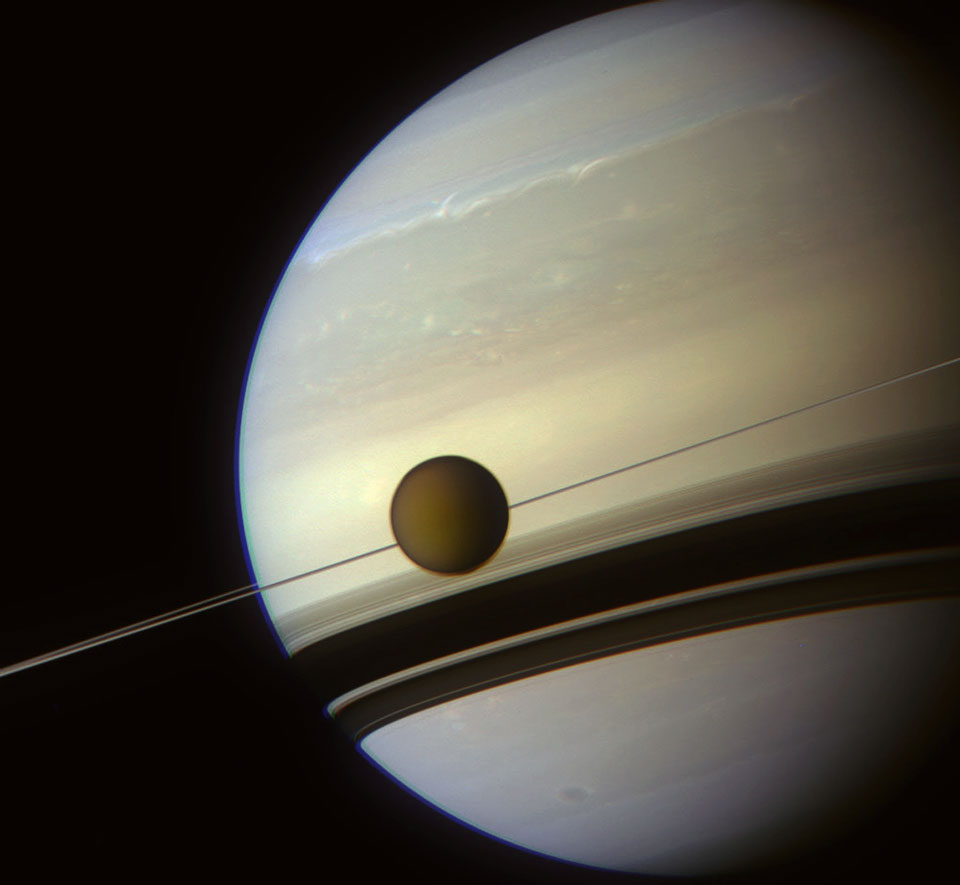 Explanation: Humanity's robot orbiting Saturn has recorded yet another amazing view. That robot, of course, is the spacecraft Cassini, while the new amazing view includes a bright moon, thin rings, oddly broken clouds, and warped shadows. Titan, Saturn's largest moon, appears above as a featureless tan as it is continually shrouded in thick clouds. The rings of Saturn are seen as a thin line because they are so flat and imaged nearly edge on. Details of Saturn's rings are therefore best visible in the dark ring shadows seen across the giant planet's cloud tops. Since the ring particles orbit in the same plane as Titan, they appear to skewer the foreground moon. In the upper hemisphere of Saturn, the clouds show many details, including dips in long bright bands indicating disturbances in a high altitude jet stream. Recent precise measurements of how much Titan flexes as it orbits Saturn hint that vast oceans of water might exist deep underground.

APOD in Spanish: On the web and through Facebook
Tomorrow's picture: sunspots and silhouettes < | Archive | Index | Search | Calendar | RSS | Education | About APOD | Discuss | >