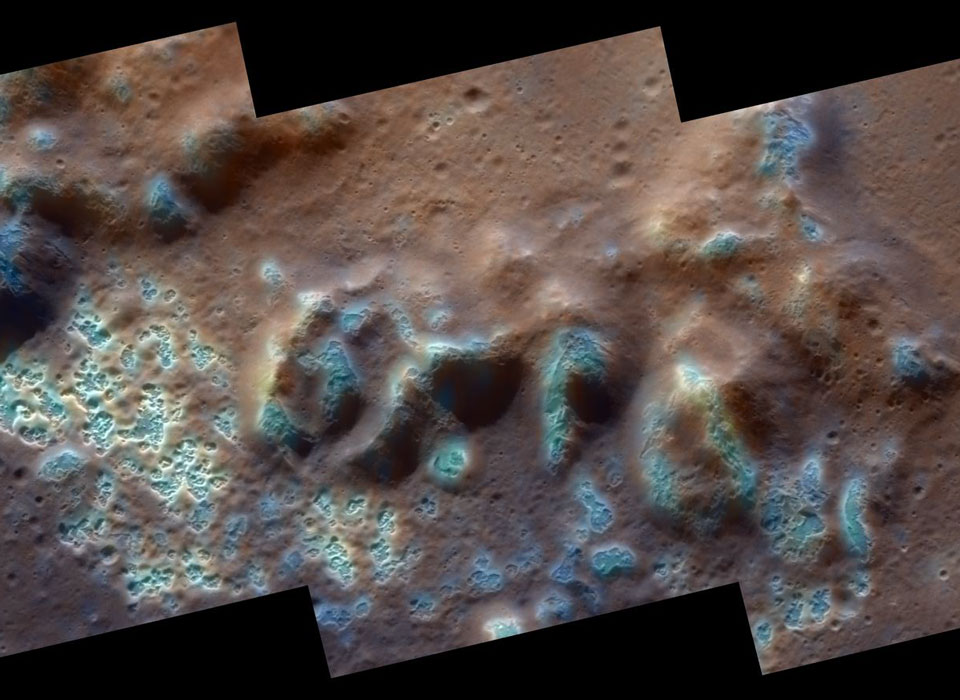 Explanation: What are those unusual features on planet Mercury? The slightly bluish tinge of features dubbed hollows has been exaggerated on the above image by the robotic MESSENGER spacecraft currently orbiting Mercury. The rounded depressions appear different than impact craters and nothing like them has been noted on Earth's Moon or anywhere else in the Solar System. The above image is a section of the floor of Raditladi impact basin about 40 kilometers wide that includes the mountains of the central peak. One progenitor hypothesis is that the hollows formed from the sublimation of material exposed and heated during the violent impact that created the Raditladi basin. NASA's MESSENGER is the first spacecraft ever to orbit Mercury, and is currently scheduled to explore the Solar System's innermost planet into 2013.