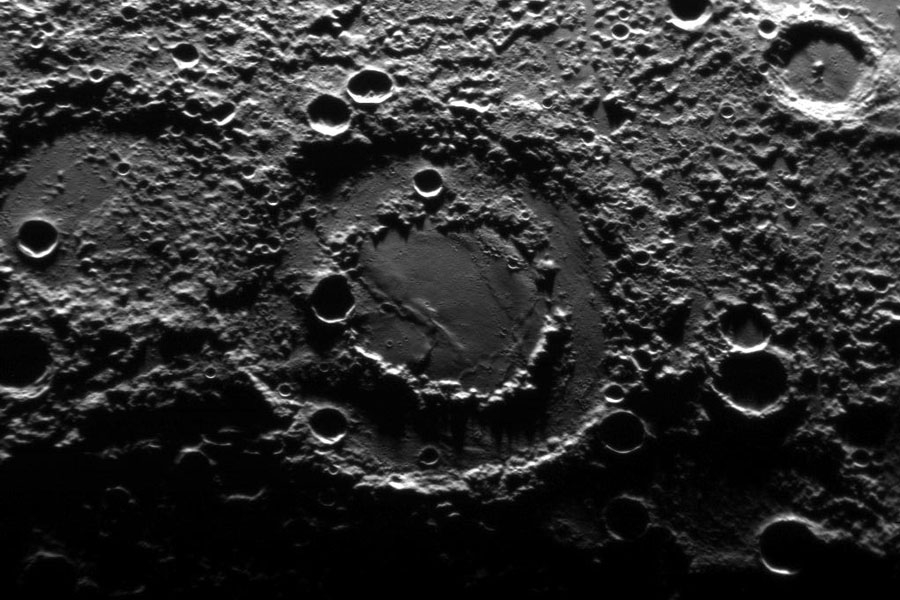 Explanation: What caused the smooth floor inside the double ringed basin on Mercury? No one is sure. The unusual feature spans 160 kilometers and was imaged during the robotic MESSENGER spacecraft's swing past our Solar System's innermost planet last week. Double and multiple ringed basins, although rare, have also been imaged in years past on Mars, Venus, Earth, and Earth's Moon. Mercury itself has several doubles, including huge Caloris basin, Rembrandt basin, and enigmatic Raditladi basin. Most large multiple ringed basins on planets and moons are caused initially by a forceful impact by a single asteroid or comet fragment. One interesting feature of the above-imaged double ring is that the basin center appears much smoother than the region between the rings. Possibly, the internal floor was smoothed by later volcanic activity. Also possible, however, is that the floor was smoothed by melting and flowing of material upon impact. MESSENGER has now completed its last flyby of Mercury but will return and attempt to enter orbit in 2011 March.

Note: The text of this APOD has been updated.