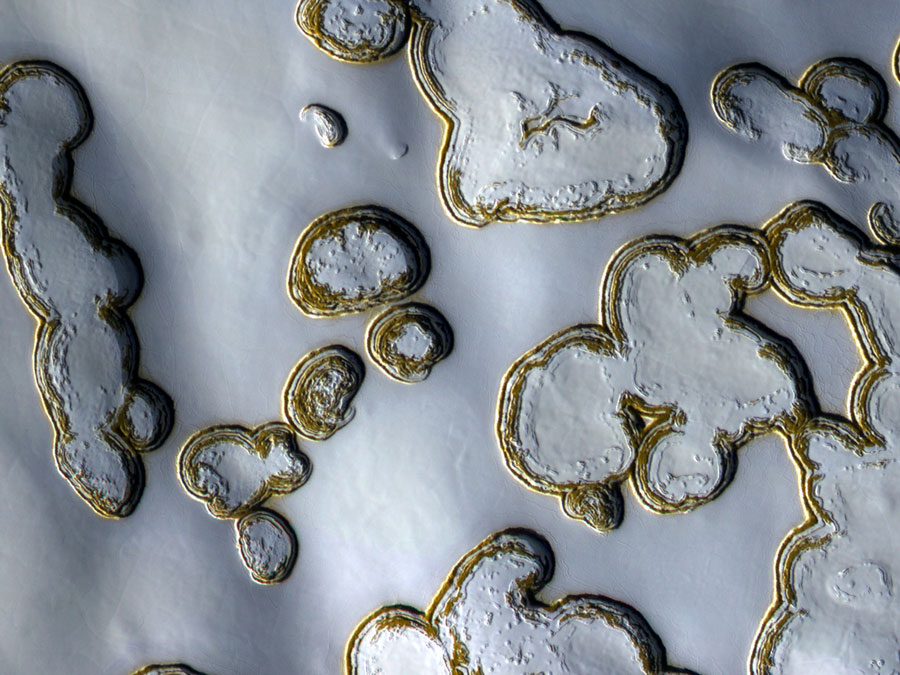 Explanation: Part of Mars is defrosting. Around the South Pole of Mars, toward the end of every Martian summer, the warm weather causes a section of the vast carbon-dioxide ice cap to evaporate. Pits begin to appear and expand where the carbon dioxide dry ice sublimates directly into gas. These ice sheet pits may appear to be lined with gold, but the precise composition of the dust that highlights the pit walls actually remains unknown. The circular depressions toward the image center measure about 60 meters across. The HiRISE camera aboard the Mars-orbiting Mars Reconnaissance Orbiter captured the above image in late July. In the next few months, as Mars continues its journey around the Sun, colder seasons will prevail, and the thin air will turn chilly enough not only to stop the defrosting but once again freeze out more layers of solid carbon dioxide.