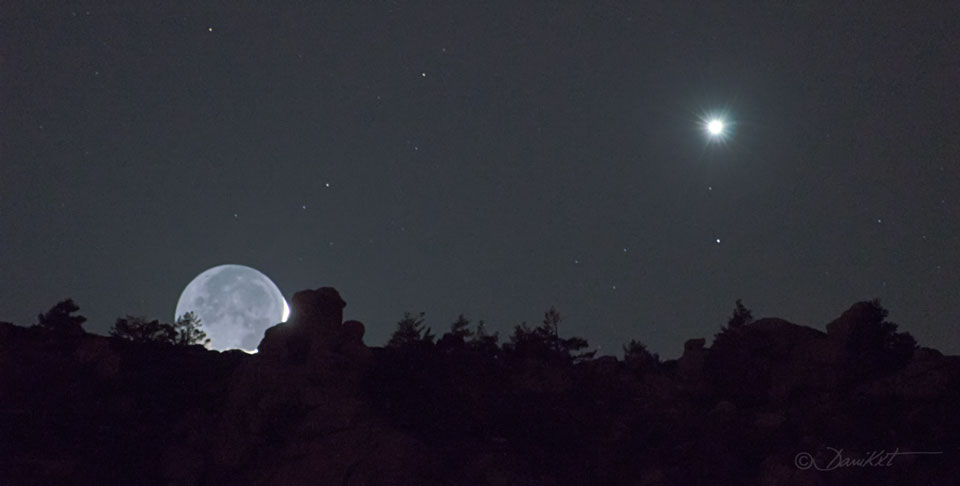 Explanation: What just above that ridge? The Moon. Specifically, the Earth's Moon was caught just above the horizon in a young crescent phase. The familiar Moon might look a bit odd as the exposure shows significant Earthshine -- the illumination of the part of the Moon hidden from direct sunlight by the sun-reflecting Earth. Also captured in the image is the bright planet Venus on the right. Venus and Jupiter passed only three degrees from each other last week during a photogenic planetary conjunction. The above image was taken two days ago near Madrid, Spain. The foreground horizon silhouette includes some of the Seven Peaks of the Sierra de Guadarrama mountain range. Just a few minutes after this picture was taken, the Moon set.

Conjunction Gallery: See images of the Moon, Venus, and Jupiter together over the past month.
Tomorrow's picture: rocket trails in the milky way < | Archive | Index | Search | Calendar | RSS | Education | About APOD | Discuss | >