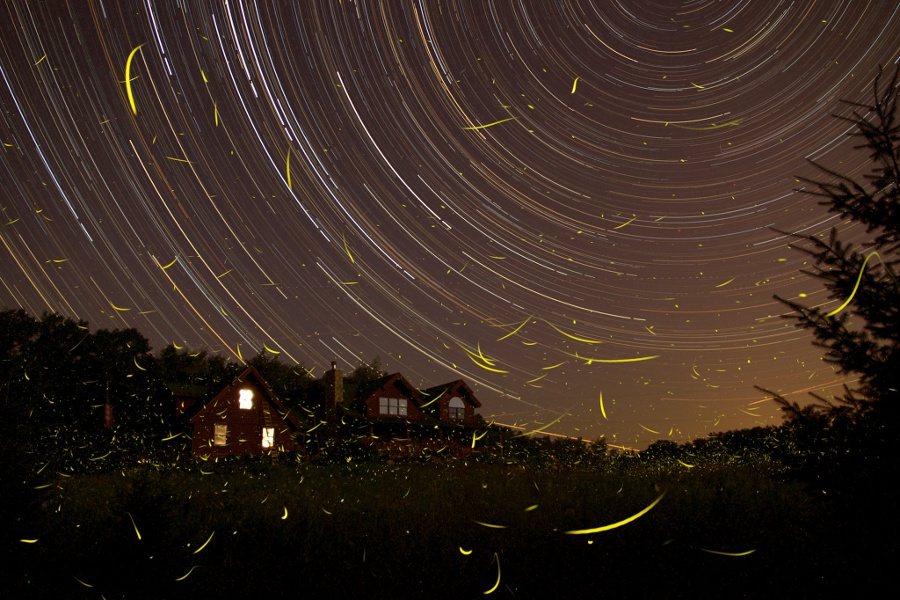 Explanation: Fix your digital camera to a tripod, start a long series of exposures, and you too can record star trails. The concentric arcs traced by the stars as planet Earth rotates on its axis often produce dreamlike scenes in otherwise familiar situations. Fall asleep, though, and the results might surprise you. Setting up on a summer night, photographer Mike Rosinski began his exposures, initially planning to capture about 45-55 minutes worth of star trails from his yard in Hartland, Michigan, USA. But he dozed, only to awaken some 3 hours later to find his camera had continued to run until the battery died. Composing the resulting images, the graceful concentric star trails were expected, along with light from a late rising Moon glinting on windows. Still, as he slept on the warm night a blizzard of yellow streaks flooded the scene, not left by fairies but fireflies.