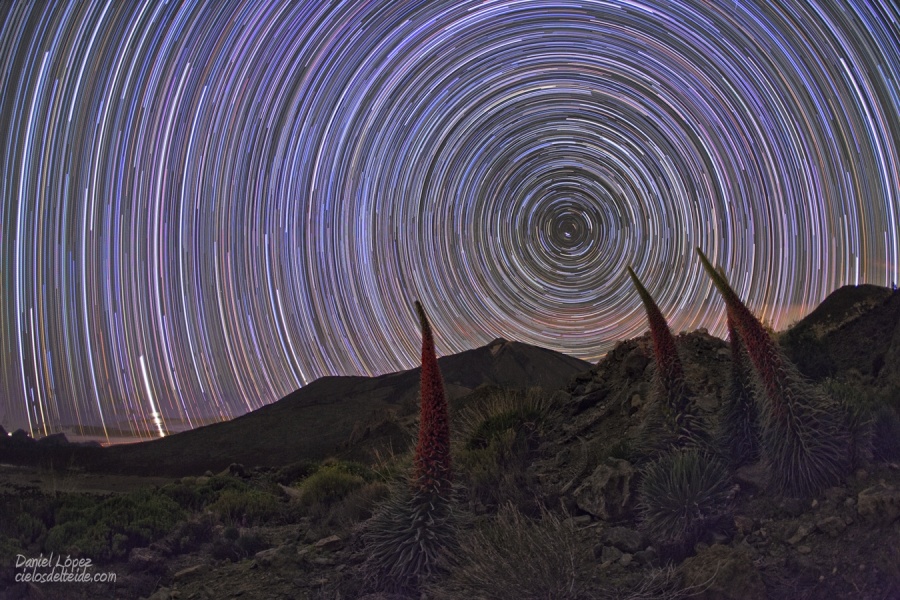 Explanation: What bizarre planet do these alien creatures inhabit? It's only planet Earth, of course. In this well-composed scene, the sky is filled with star trails around the north celestial pole. A reflection of the Earth's daily rotation on its axis, star trails are familiar to photographers who fix their camera to a tripod and make long exposures of the night sky. But the imposing forms gazing skyward probably look strange to many denizens of Earth. Found on the Canary Island of Tenerife, they are red tajinastes, rare flowering plants that grow to a height of up to 3 meters. Hidden among the rocks of the volcanic terrain, tajinastes bloom in spring and early summer and then die after their seeds mature. On the distant horizon, below and left of the celestial pole, lies the Teide volcano.