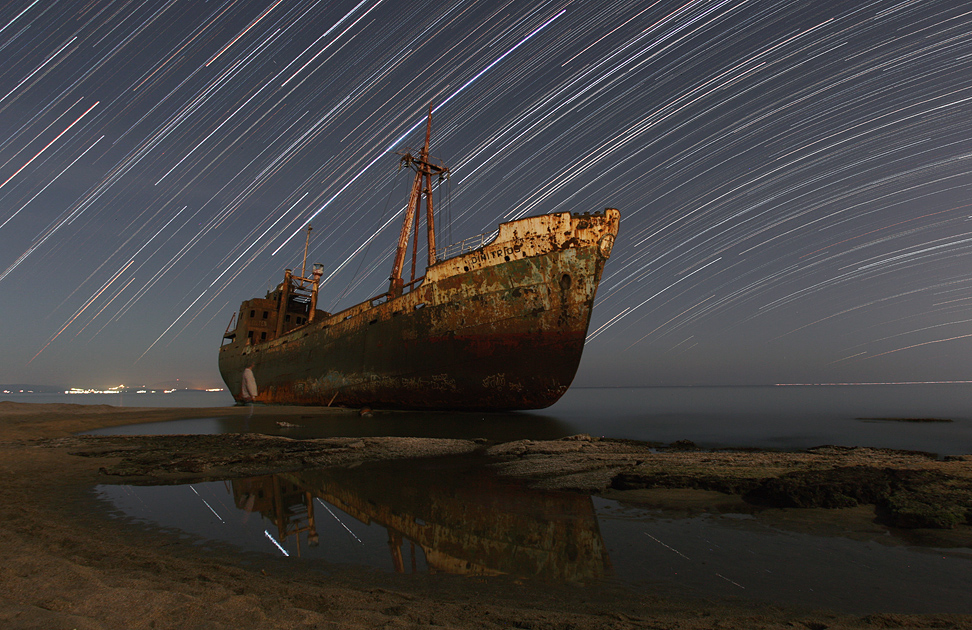 Explanation: Look closely at this surreal nightscape. In the dreamlike scene, star trails arc over an old ship run aground on a beach near Gytheio, Peloponnesus in southern Greece. Could that be the captain's ghost haunting the beach, gazing forlornly at the decaying wreck, hovering over starlight reflected in still water? Actually, the ephemeral shape is the photographer. Instead of a single long exposure to record the motion of the stars as the Earth rotates on its axis, the picture is composed of 90 consecutive images, each exposure 90 seconds long. Digitally stacking the individual exposures then reconstructs the star trails. It also creates a ghostly, semi-transparent figure of the photographer who was captured standing on the beach in only one of the exposures.