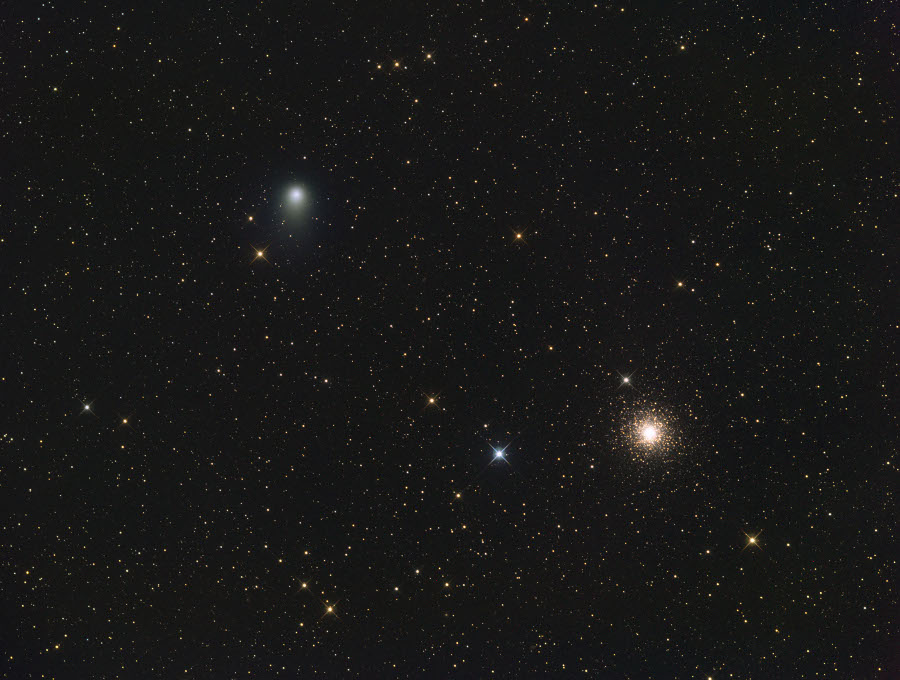 Explanation: Recorded on August 2, this telescopic composite image catches Comet Garradd (C/2009 P1) in the same field of view as globular star cluster M15. The celestial scene would have been a rewarding one for influential 18th century comet hunter Charles Messier. While Messier scanned French skies for comets, he carefully cataloged positions of things which might be fuzzy and comet-like in appearance but did not move against the background stars and so were definitely not comets. M15 (lower right), the 15th entry in his famous not-a-comet catalog, is now understood to be a cluster of over 100,000 stars some 35,000 light-years distant. The comet, discovered in August 2009 by astronomer G. J. Garradd (Siding Spring Observatory, Australia) is currently sweeping across the constellation Pegasus, some 13 light-minutes from Earth. Shining faintly around 9th magnitude, comet Garradd will brighten in the coming months, predicted to be just below naked eye visibility near its peak in February 2012.