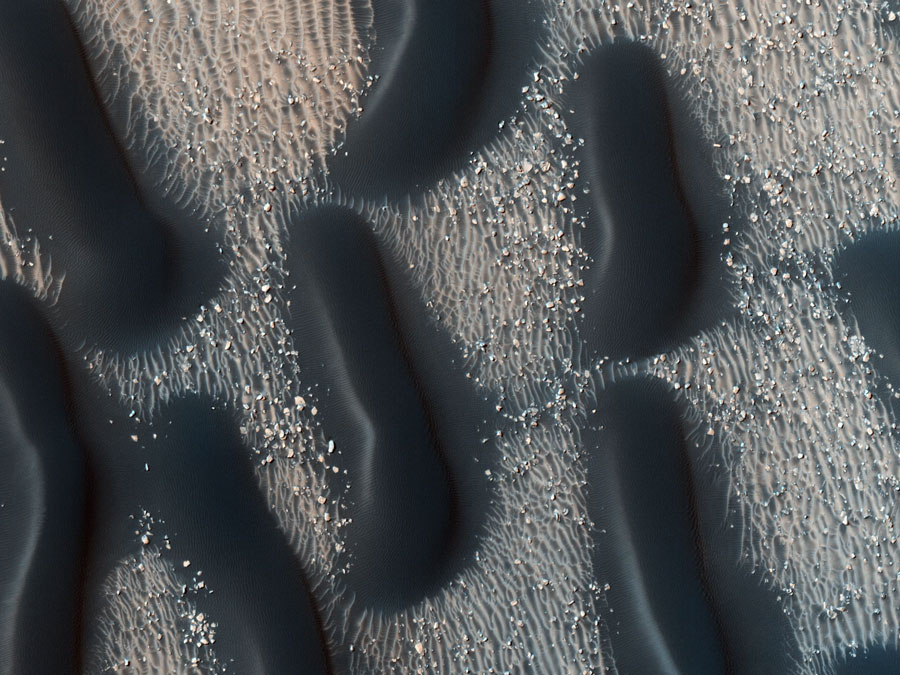 Explanation: Was this image taken with a telescope or a microscope? Perhaps this clue will help: if the dark forms were bacteria, they would each span over football field across. What is actually being seen are large sand dunes on the floor of Proctor Crater on Mars. The above picture was taken by HiRISE camera on board the Mars Reconnaissance Orbiter (MRO), a robot spacecraft currently in orbit around Mars. The dark rippled dunes likely formed more recently than the lighter rock forms they appear to cover, and are thought to slowly shift in response to pervasive winds. The dunes arise from a complex relationship between the sandy surface and high winds on Mars. Similar dunes were first seen in Proctor Crater by Mariner 9 more than 35 years ago.