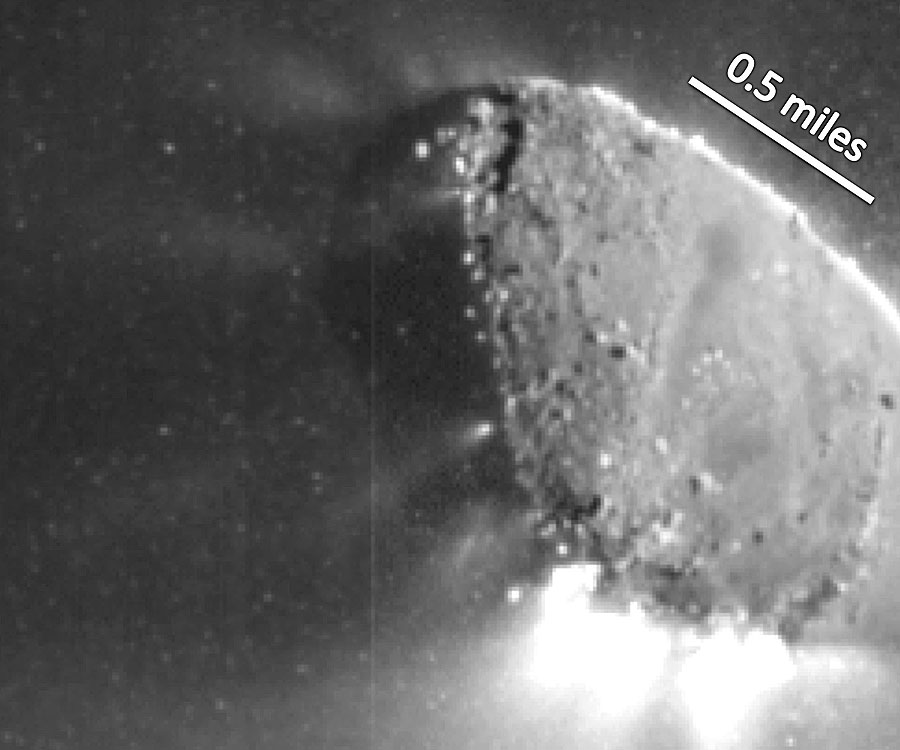 Explanation: Unusual jets have been discovered emanating from Comet Hartley 2. The EPOXI spacecraft imaged the jets in unprecedented detail during its flyby of the comet earlier this month. Pictured above, sun-illuminated jets shoot away from the two-kilometer long decaying iceberg that orbits the Sun between Earth and Jupiter. Comet Hartley 2 became active recently as it neared the Sun and sunlight warmed the comet. Preliminary analyses of images like that shown above indicate that the smooth regions around the middle are porous and leak frozen water vapor directly out into space. Unexpectedly, however, the rough regions at either end appear to shoot carbon dioxide jets that expel fluffy snowballs, some as large as basketballs, from the nucleus. Many of the dots in the above image are thought to be snowballs. The unusual jets will continue to be studied, and may yield further clues as to how comets and asteroids formed and evolved during the early years of our Solar System. Comet Hartley 2 is slowly evaporating and may completely break up over the next 1,000 years.