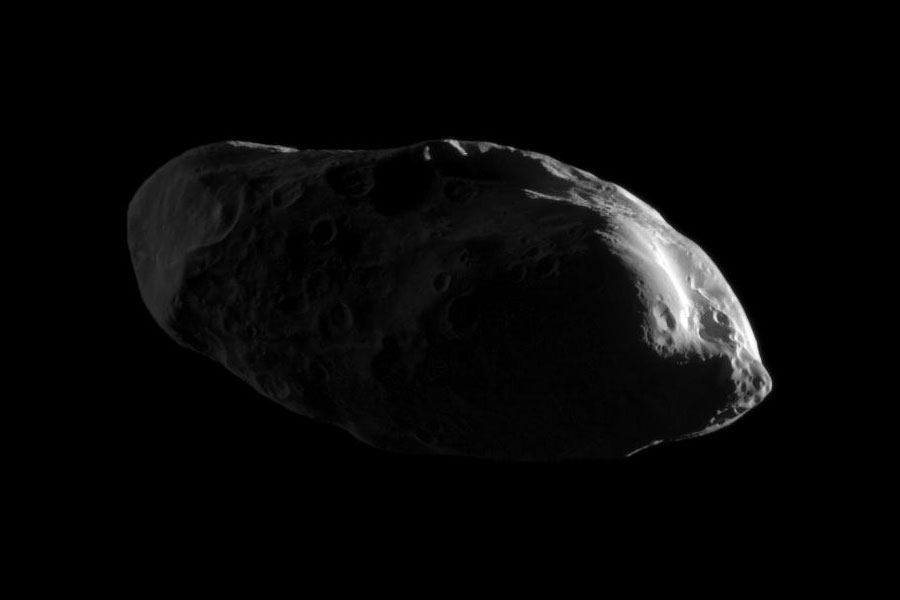 Explanation: What does Saturn's shepherd moon Prometheus really look like? The raw images from the robotic Cassini spacecraft's January flyby of the small moon showed tantalizing clues on grainy images, but now that the Cassini team has digitally remastered these images, many more details have come out. Pictured above, Prometheus more clearly shows its oblong shape as well as numerous craters over its 100-kilometer length. In the above image, the bright part of Prometheus is lit directly by the Sun, while much of the dark part is still discernible through sunlight first reflected off of Saturn. These new surface details, together with the moon's high reflectivity, can now help humanity better understand the history of Prometheus and Saturn's rings. Today, Cassini has a planned targeted flyby of Saturn's largest moon Titan, while on Wednesday, Cassini is scheduled to swoop to within 600 kilometers of Dione.