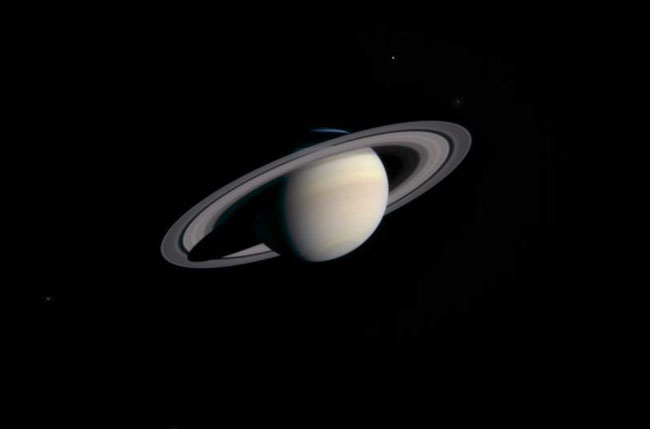 Explanation: Cassini, a robot spacecraft launched in 1997 by NASA, is close enough now to resolve many rings and moons of its destination planet: Saturn. The spacecraft has now closed to within a single Earth-Sun separation from the ringed giant. Early last month, Cassini snapped the contrast-enhanced color composite pictured above. Many features of Saturn's rings and cloud-tops now show considerable detail. When arriving at Saturn in July 2004, the Cassini orbiter will begin to circle and study the Saturnian system. Several months later, a probe named Huygens will separate and attempt to land on the surface of Titan.