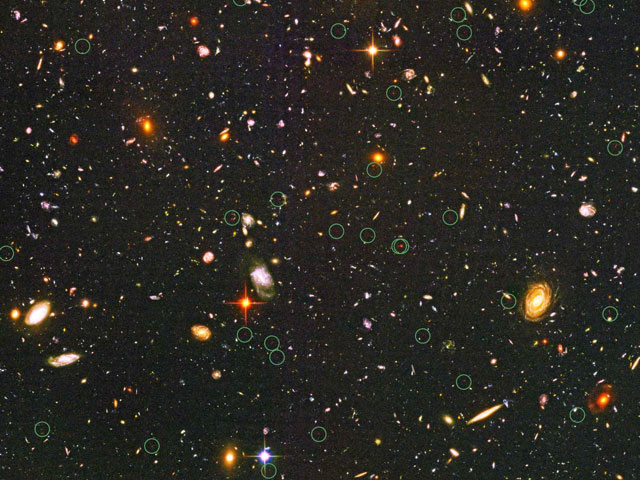 Explanation: When did galaxies form? Faint red smudges identified on the deepest optical sky image ever taken may well be members of the first class of galaxies. Detailed inspection of the Hubble Ultra Deep Field (HUDF), taken by the Advanced Camera for Surveys on the Hubble Space Telescope, found the galaxies, circled above, and used their distance and abundance to probe the universe when it was only a few percent of its present age. Analyses indicate that the discovered class of galaxies is exclusively composed of these smaller dwarf galaxies from which larger modern galaxies must have formed. Some large modern galaxies make a colorful foreground to the above HUDF. The first class of dwarf galaxies likely contained energetic stars emitting light that transformed much of the remaining normal matter in the universe from a cold gas to a hot ionized plasma.