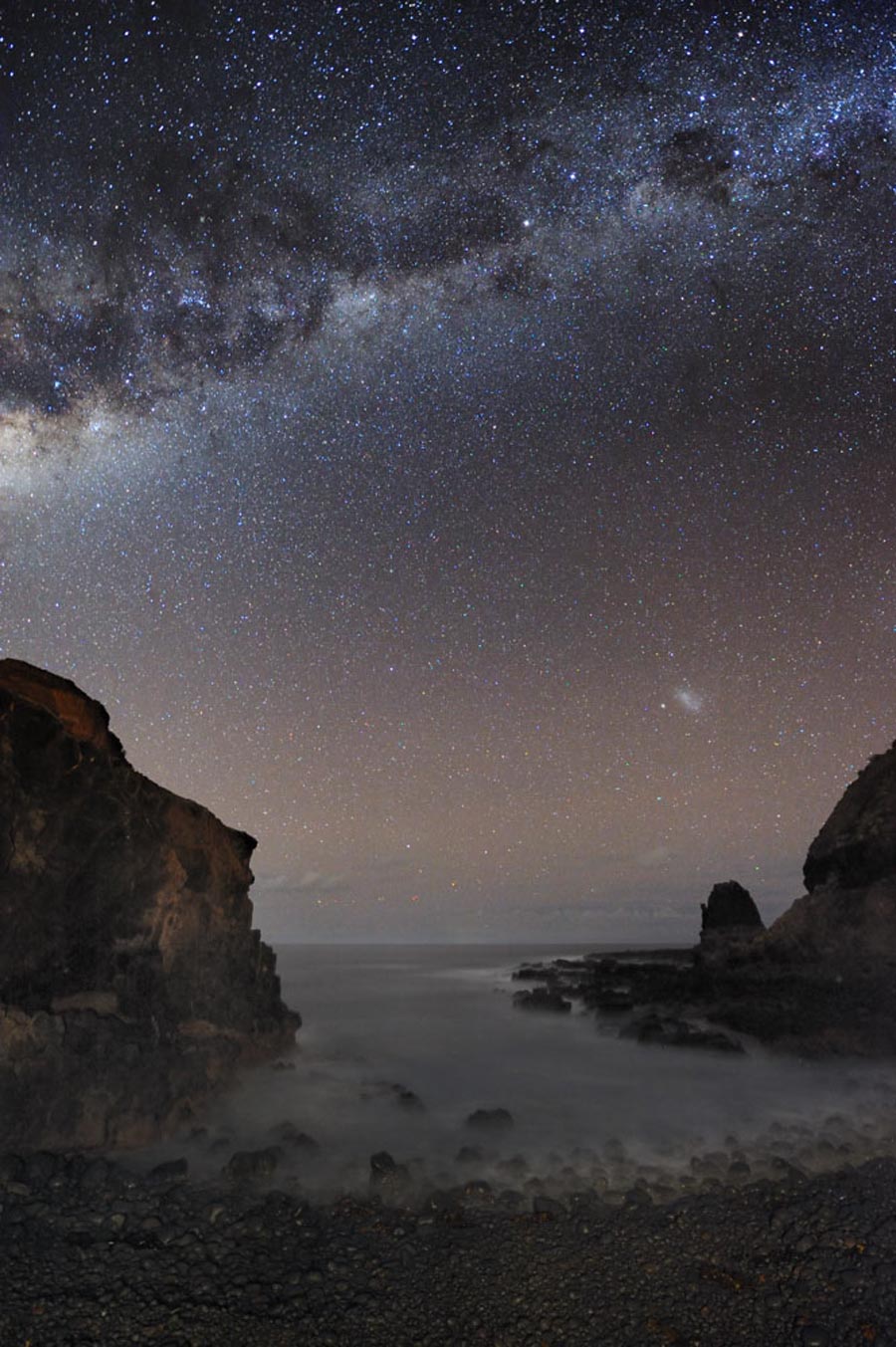 Explanation: Can a picture of the sky be relaxing? A candidate for such a picture might be this image taken only last month from Cape Schank, Victoria, Australia. The frame is highlighted by a dreamlike lagoon, two galaxies, and tens of thousands of stars. The rock cropping on the left may appear from this angle like a human head, but the more famous rock structure is on the far right and known as Pulpit Rock. Across the top of the image runs a distant stream of bright stars and dark dust that is part of the disk of our spiral Milky Way Galaxy. On the right, just above Pulpit Rock, is the Milky Way's small neighboring galaxy the Small Magellanic Cloud (SMC). The bright white object just to the left of the SMC is a globular cluster of stars in the Milky Way known as 47 Tucana.