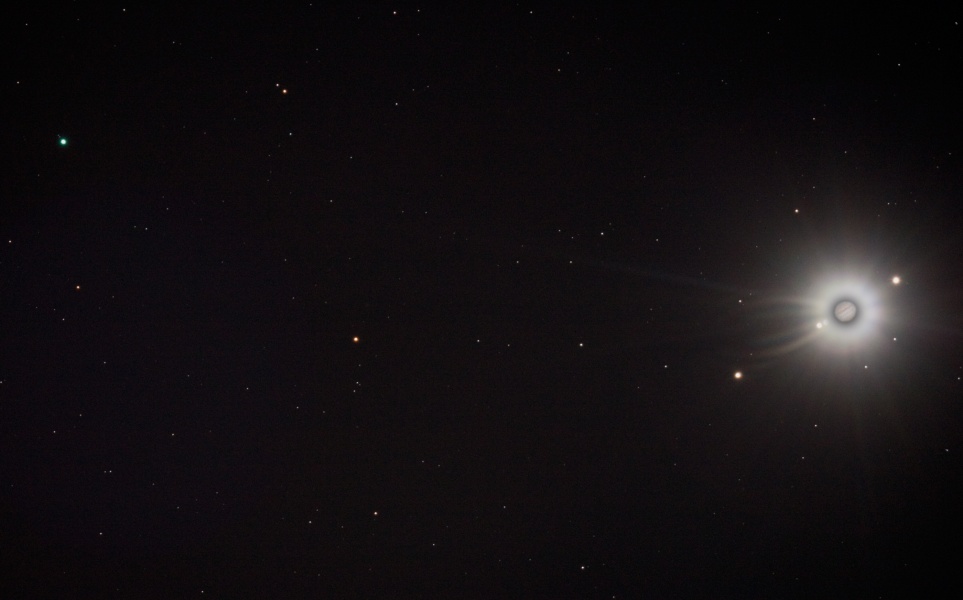 Explanation: In late September, two planets were opposite the Sun in Earth's sky, Jupiter and Uranus. Consequently closest to Earth, at a distance of only 33 light-minutes and 2.65 light-hours respectively, both were good targets for telescopic observers. Recorded on September 27, this well-planned composite of consecutive multiple exposures captured both gas giants in their remarkable celestial line-up accompanied by their brighter moons. The faint greenish disk of distant planet Uranus is near the upper left corner. Of the tilted planet's 5 larger moons, two can be spotted just above and left of the planet's disk. Both discovered by 18th century British astronomer Sir William Herschel and later named for characters in Shakespeare's A Midsummer Night's Dream, Oberon is farthest left, with Titania closer in. At the right side of the frame is ruling gas giant Jupiter, flanked along a line by all four of its Galilean satellites. Farthest from Jupiter is Callisto, with Europa and Io all left of the planet's disk, while Ganymede stands alone at the right.