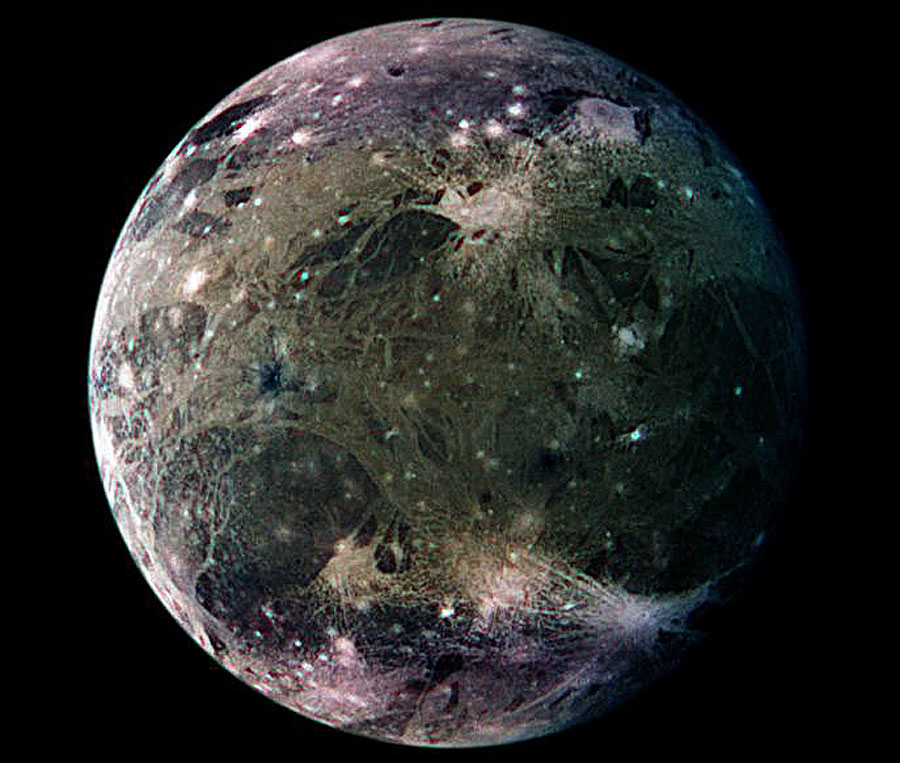 Explanation: What does the largest moon in the Solar System look like? Ganymede, larger than even Mercury and Pluto, has a surface speckled with bright young craters overlying a mixture of older, darker, more cratered terrain laced with grooves and ridges. Like Earth's Moon, Ganymede keeps the same face towards its central planet, in this case Jupiter. In this historic and detailed image mosaic taken by the Galileo spacecraft that orbited Jupiter from 1995 to 2003, the colors of this planet-sized moon have been enhanced to increase surface contrasts. The violet shades extending from the top and bottom are likely due to frost particles in Ganymede's polar regions. Possible future missions to Jupiter are being proposed that can search Europa and Ganymede for deep oceans that may harbor elements thought important for supporting life.