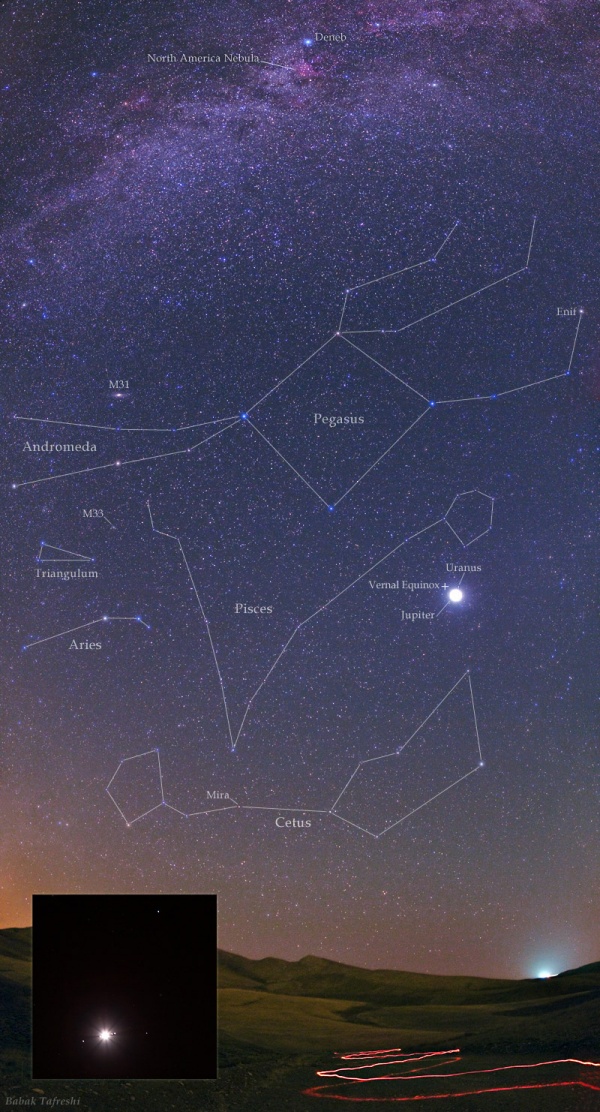 Explanation: Chances are the brightest star you've seen lately is actually planet Jupiter. Jupiter rules the sky in this labeled view of a starry September night from the Alborz mountains in Iran, complete with the trail of a red flashlight illuminating the mountain road. On September 21st (Universal Time) Jupiter will be at opposition, the point opposite the Sun along its orbit, rising just as the Sun sets. For this opposition, Jupiter will be slightly brighter and closer to planet Earth than in any year since 1963. Much fainter and also approaching its own opposition on September 21st, is the distant planet Uranus. Very near Jupiter on the sky, the fainter planet is easy to spot in binoculars (similar to the inset view), well above and right of brilliant Jupiter and about as bright as one of Jupiter's own Galilean moons. Remarkably close to the opposition of both planets, the point on the sky exactly opposite the Sun on September 23rd is marked the Vernal Equinox. On that date, a Full Moon will join the celestial scene. Of course, any Full Moon is also at opposition.