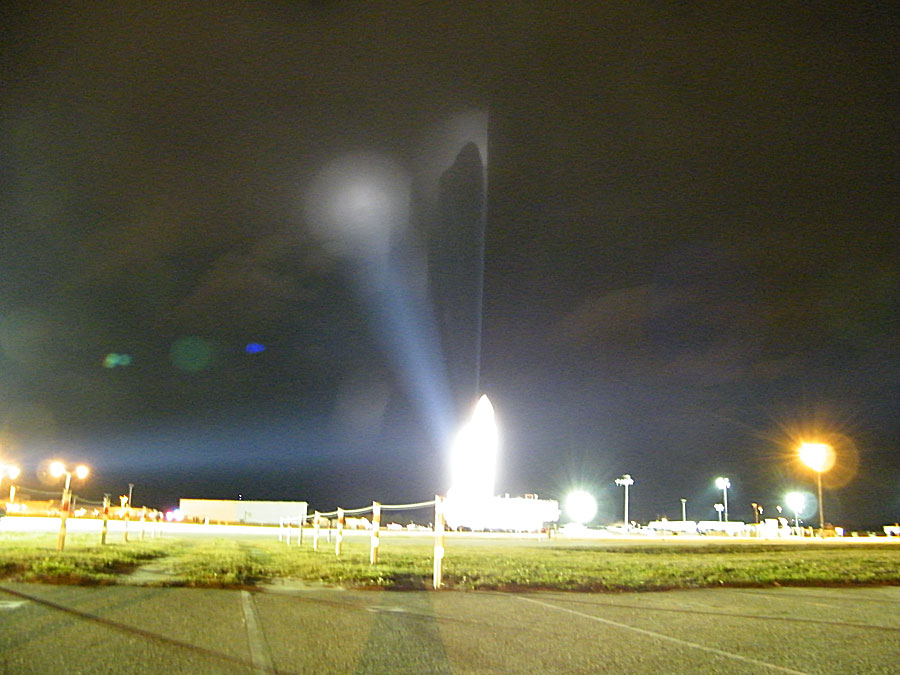 Explanation: Who goes there? Although the spotlighted figure in white might not be identifiable by itself, surely the huge shadow behind it makes its identity clear: the space shuttle. Specifically, it was the space shuttle Discovery being rolled out last March in preparation for launch. As captured above, an unusual monstrous shadow on passing fog was created during a picturesque night unveiling. While on the shuttle Crawler-Transporter, one of the largest tracked vehicles on Earth, the shuttle moved at about 2 km per hour from the main assembly building to the launch pad at NASA's Kennedy Space Center in Florida, USA. About a month later, in its penultimate planned mission, Discovery roared off the launch pad and delivered needed supplies and equipment to the International Space Station. Yesterday, Discovery reached Launch Pad 39A in preparation for its last planned mission.