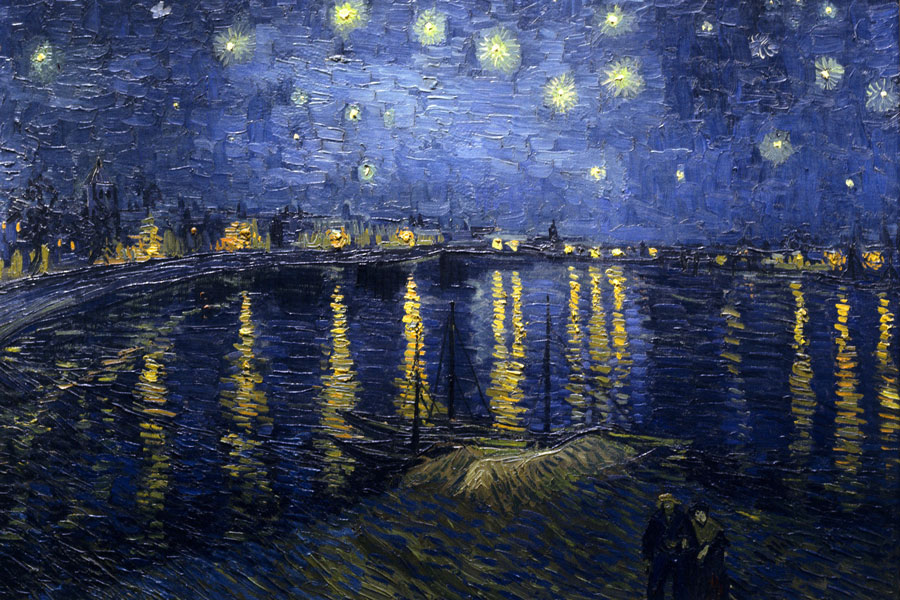 Explanation: How can the majesty of the night sky best be captured in a painting? This was a continual challenge for Vincent van Gogh, a famous painter in the late 1800s who pioneered stirring depictions of star filled skies into several of his works. Pictured above is van Gogh's Starry Night Over the Rhone, where the French town of Arles is depicted complete with gas lights reflecting off the Rhone river. van Gogh's night sky appears alive with turbulent stellar images contrasting with lofty dark blue hues. Above the river, one can discern the stars of the familiar Big Dipper asterism. Following a line connecting the two Big Dipper stars on the right, the North Star Polaris could be easily found, the height of which can then be estimated and actually gives the latitude where the painting was created.