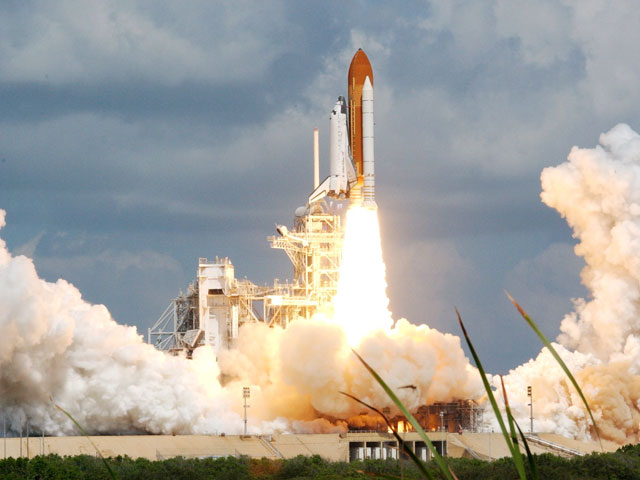 Explanation: NASA's launch of the massive Space Shuttle Discovery yesterday brought a nation known for its tremendous space program back to human space flight. Shuttle flights had been suspended for over two years previously following the tragic loss of the Space Shuttle Columbia crew on 2003 February 1. The complex, powerful Space Shuttle Discovery lifted a crew of seven into an Earth orbit that will bring them to the International Space Station (ISS). The shuttle crew will deliver supplies to the ISS, perform repairs, and test new methods for inspecting and repairing the shuttle's thermal protection system. Three space walks are planned. This Return to Flight Mission STS-114 is pictured above launching from Pad 39B on Cape Canaveral, Florida.