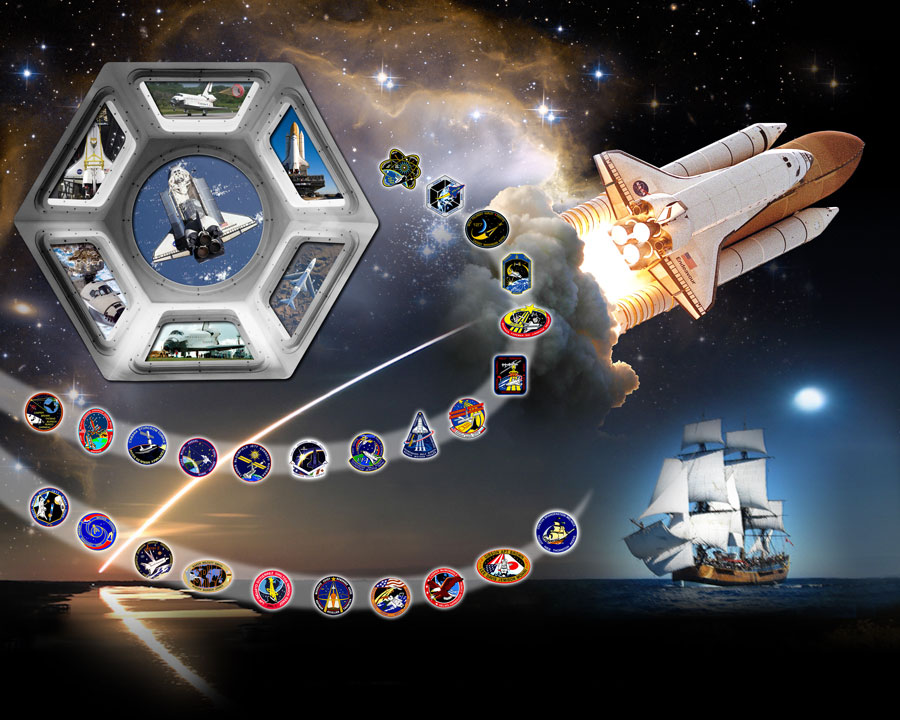 Explanation: They are some of the most complex machines ever built. From a standing start they can launch a school- bus sized object up so high and moving so fast that it won't fall back down. They have launched numerous revolutionary satellites that enable humans to communicate across the globe, to better understand Earth's atmosphere, and to peer into the distance universe. They are NASA's Space Shuttles, and NASA has recently released large digital posters to honor them. While the inaugural flight was in 1981, the shuttle fleet is aging and is now nearing retirement. Pictured above, the space shuttle Endeavour is shown rising to orbit, with patches for each of its missions shown in a spiral. Endeavour was named for the HMS Endeavour, a British research ship that explored the south Pacific Ocean in the 1700s, depicted on the lower right. On the upper left are panoramic windows delivered by Endeavour to the International Space Station earlier this year. In the background near the top is the NGC 602 nebula as imaged by the Hubble Space Telescope, which was serviced by Endeavour in 1993. Posters for all of the shuttles, including Atlantis, Challenger, Columbia, Discovery, Endeavour are available.