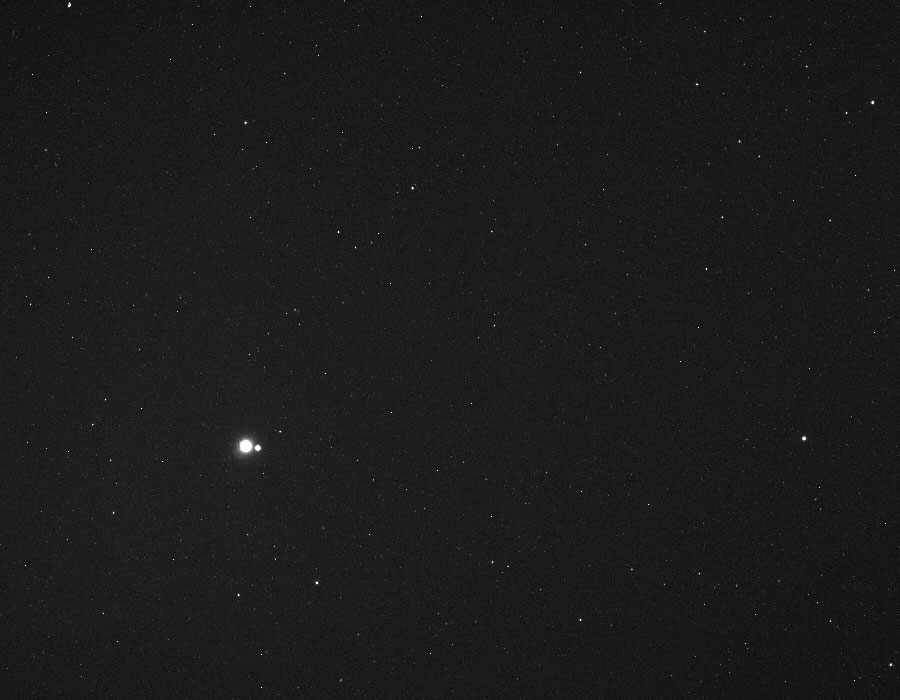 Explanation: What does Earth look like from the planet Mercury? The robotic spacecraft MESSENGER found out as it looked toward the Earth during its closest approach to the Sun about three months ago. The Earth and Moon are visible as the double spot on the lower left of the above image. Now MESSENGER was not at Mercury when it took the above image, but at a location from which the view would be similar. From Mercury, both the Earth and its comparatively large moon will always appear as small circles of reflected sunlight and will never show a crescent phase. MESSENGER has zipped right by Mercury three times since being launched in 2004, and is scheduled to enter orbit around the innermost planet in March of 2011.