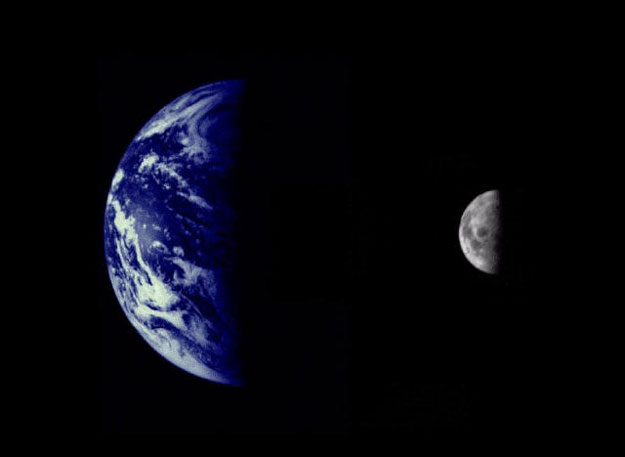 Explanation: How similar in size are the Earth and the Moon? A dramatic visual answer to this question is found by combining photographs taken by the Mariner 10 spacecraft that headed out toward Venus and Mercury in 1973. The Moon can be seen to have a diameter over one quarter that of Earth, relatively large compared to its planetary companion. In our Solar System, only Pluto and Charon are closer together in size. Striking features of the Earth visible to the passing spacecraft include blue oceans and white clouds, showing the Earth to be truly a water world.