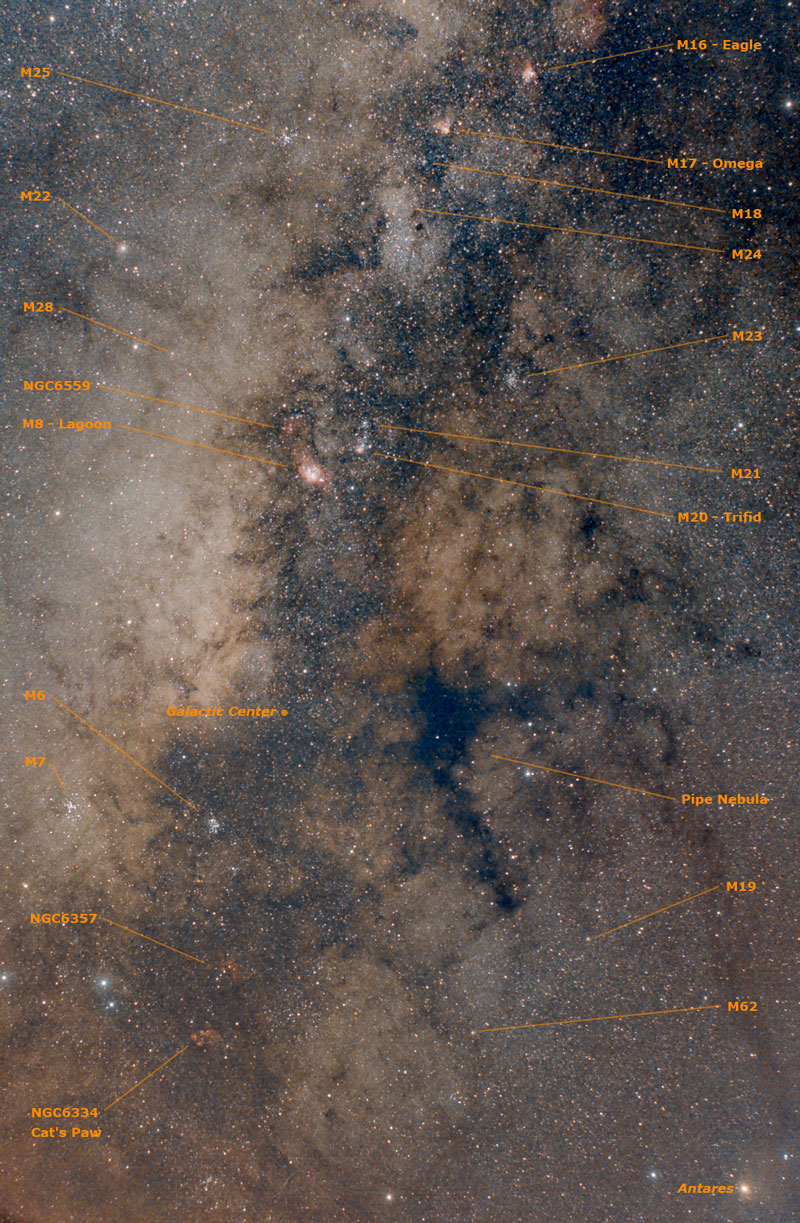 Explanation: The sky toward the center of our Galaxy is filled with a wide variety of celestial wonders, many of which are visible from a dark location with common binoculars. Constellations near the Galactic Center include Sagittarius, Libra, Scorpius, Scutum, and Ophiuchus. Nebulas include Messier objects M8, M16, M20, as well as the Pipe and Cat's Paw nebulas. Visible open star clusters include M6, M7, M21, M23, M24, and M25, while globular star cluster M22 is also visible. A hole in the dust toward the Galactic Center reveals a bright region filled with distant stars known as Baade's Window, which is visible between M7 and M8. Moving your cursor over the above image the will bring up an un-annotated version.