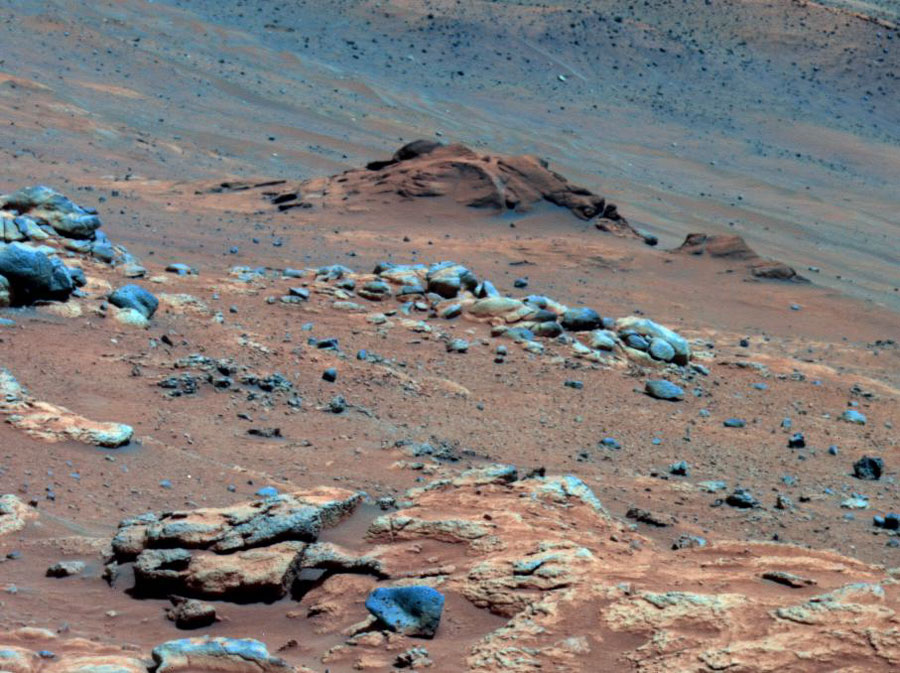 Explanation: Could life once have survived on Mars? Today, neither animal nor plant life from Earth could survive for very long on Mars because at least one key ingredient -- liquid water -- is essentially absent on the red planet's rusty surface. Although evidence from the martian rovers indicates that long ago Mars might once have had liquid water on its surface, that water might also have been too acidic for familiar life forms to thrive. Recently, however, a newly detailed analysis of an unusual outcropping of rock and soil chanced upon in 2005 by the robotic Spirit rover has uncovered a clue indicating that not all of Mars was always so acidic. The mound in question, dubbed Comanche Outcrop and visible near the top of the above image, appears to contain unusually high concentrations of elements such as magnesium iron carbonate. The above image is shown in colors exaggerated to highlight the differences in composition. Since these carbonates dissolve in acid, the persistence of these mounds indicates that water perhaps less acidic and more favorable for life might have once flowed across Mars. More detailed analyses and searches for other signs will surely continue.