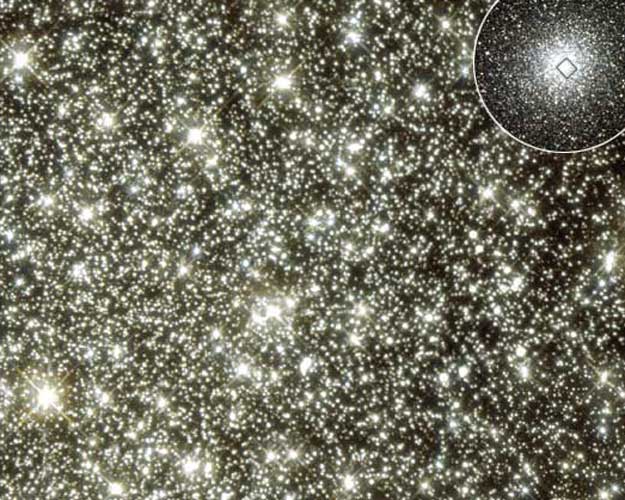 Explanation: What is causing the unusual flashes behind globular cluster M22? This teeming ball of stars is the brightest globular cluster visible from Earth's northern hemisphere. M22, shown in full in the inset, spans about 50 light-years and lies 8,500 light-years away toward the constellation of Sagittarius. M22's center was recently imaged repeatedly by the high resolution Hubble Space Telescope. Behind M22 are many more stars near the center of our Galaxy. Unexpectedly, several stars near the Galactic center -- well behind M22 -- appeared to nearly double in brightness and return to normal within 20 hours. One hypothesis posed to explain these quick brightness changes is the gravitational lens effect of large planets roaming freely in the cluster. One problem with this is that no such planetary population was previously known! Future observations are planned to better understand these mysterious flashes.