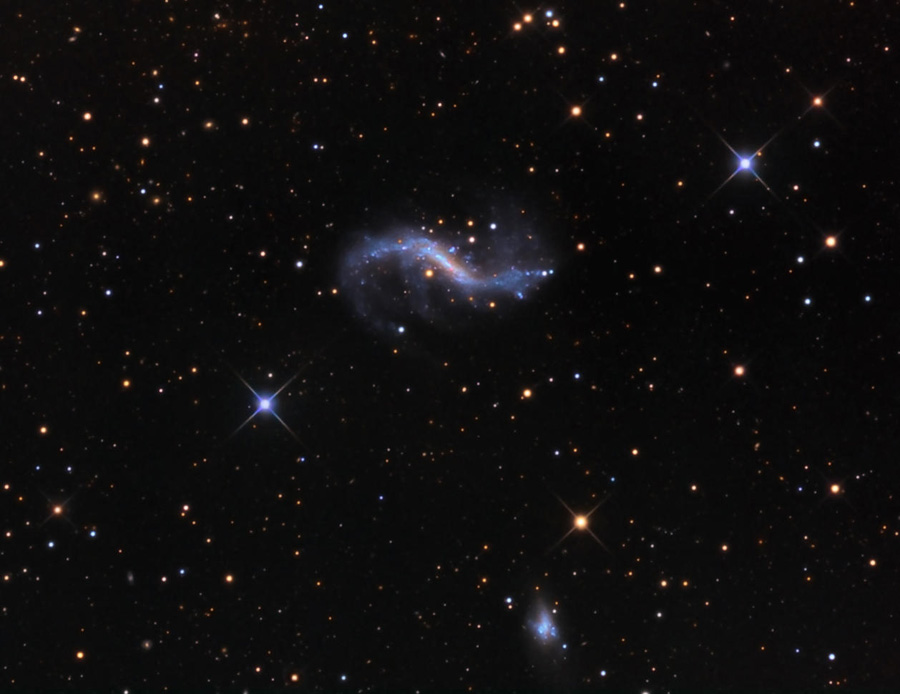 Explanation: Barred spiral galaxy NGC 4731 lies some 65 million light-years away. The lovely island universe resides in the large Virgo cluster of galaxies. Colors in this well-composed, cosmic portrait, highlight plentiful, young, bluish star clusters along the galaxy's sweeping spiral arms. Its broad arms are distorted by gravitational interaction with a fellow Virgo cluster member, giant elliptical galaxy NGC 4697. NGC 4697 is beyond this frame above and to the left, but a smaller irregular galaxy NGC 4731A can be seen near the bottom in impressive detail with its own young blue star clusters. Of course, the individual, colorful, spiky stars in the scene are much closer, within our own Milky Way galaxy. NGC 4731 itself is well over 100,000 light-years across.