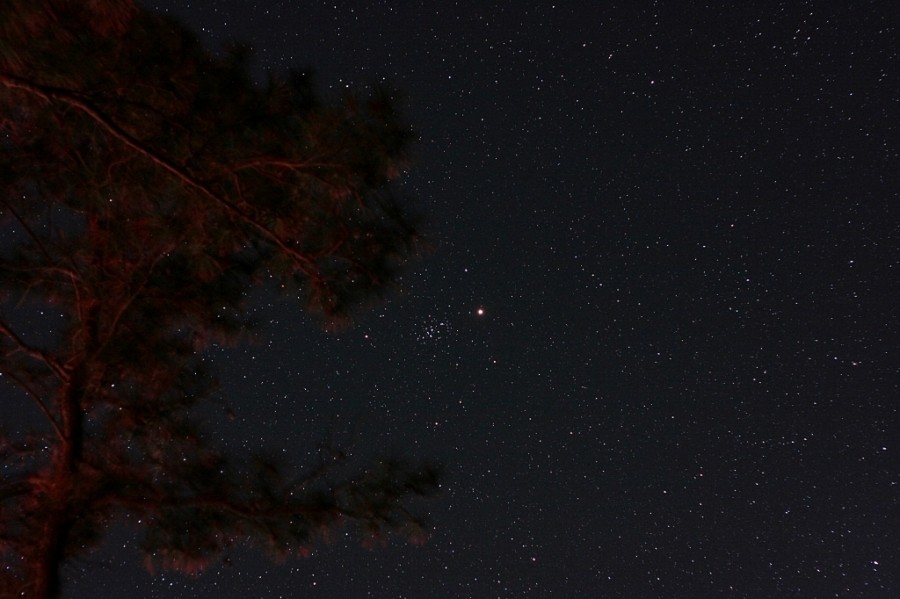 Explanation: At opposition in late January, Mars shone very brightly in planet Earth's night sky, among the stars of the constellation Cancer the Crab. Since then the Red Planet has been fading, but still lingers in Cancer during April and May. In mid-April, Mars wandered remarkably close to Cancer's famous star cluster M44, the Beehive Cluster. M44 is also known by an older name, Praesepe, Latin for cradle or manger. Captured in this 60 second time exposure made on April 14, a yellow-tinged Mars and M44 are near the center of the field, seemingly just beyond the reach of a pine tree. Of course, M44's stars are about 600 light-years away, while Mars was more like 600 light-seconds from Earth. The digital photograph was made with a camera mounted on a telescope tracking the stars through dark skies above a camp ground in Virginia, USA. During the exposure, passing car lights briefly illuminated the tree branches.