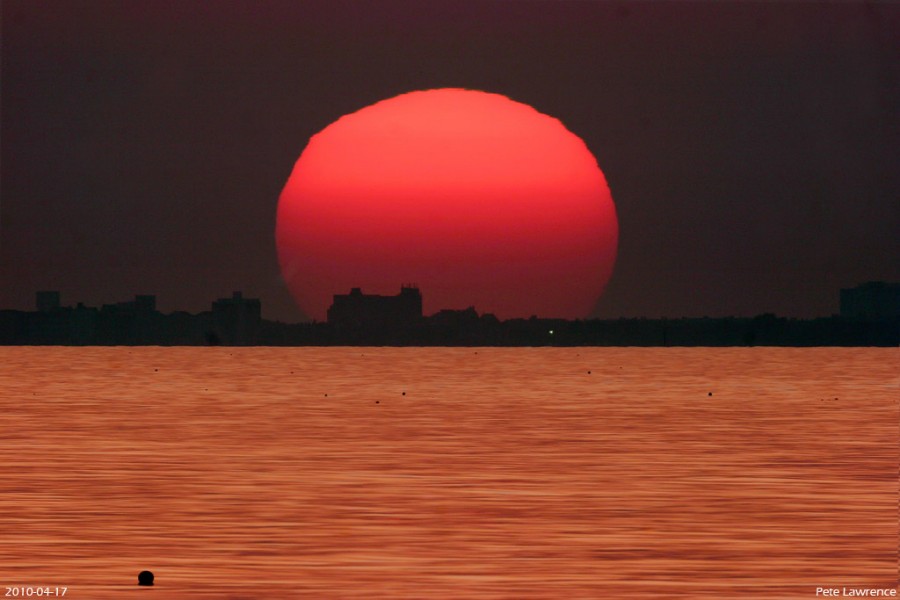 Explanation: On April 17, the sky was clear and the Sun's colour was spectacular as night approached. This striking telescopic view even captures the Sun's swollen and distorted shape from the southern coast of the UK. Reflecting a bright column of sunlight, the sea also appears golden, with the horizon marked by the city of Portsmouth. Were the colours made more intense by volcanic dust? Maybe not. Normally, sunset (and sunrise) colours can still be very dramatic, especially when the atmosphere is clear and the Sun is viewed very near the horizon, as in this scene. But large dust particles, like those in the airline-thwarting ash clouds from the erupting Icelandic volcano Eyjafjallajökull, tend to create diffuse and subdued sunset colours.