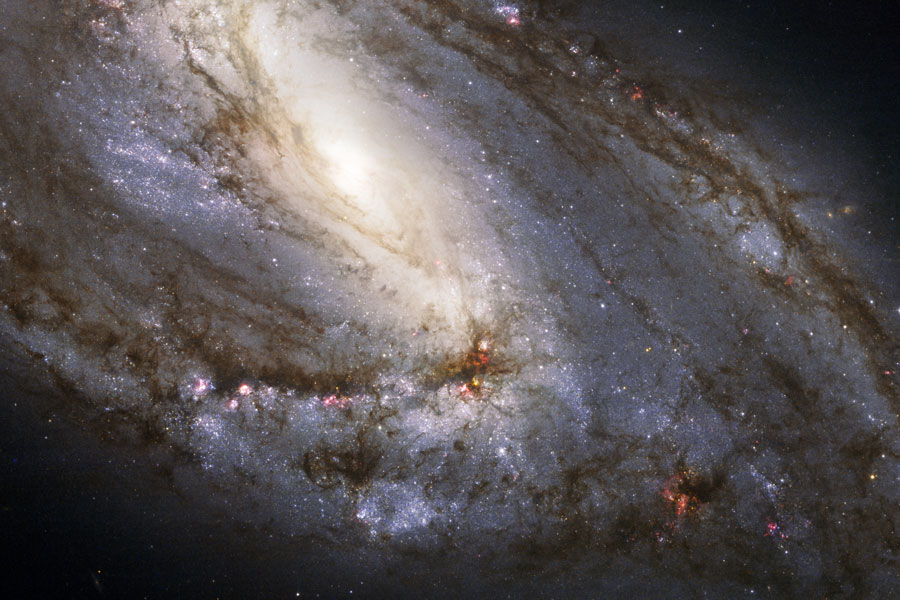 Explanation: Why isn't spiral galaxy M66 symmetric? Usually density waves of gas, dust, and newly formed stars circle a spiral galaxy's center and create a nearly symmetric galaxy. The differences between M66's spiral arms and the apparent displacement of its nucleus are all likely caused by previous close interactions and the tidal gravitational pulls of nearby galaxy neighbors M65 and NGC 3628. Spiral galaxy M66, pictured above, spans about 100,000 light years, lies about 35 million light years distant, and is the largest galaxy in a group known as the Leo Triplet. Like many spiral galaxies, the long and intricate dust lanes of M66 are seen intertwined with the bright stars and nebulas that light up the spiral arms.