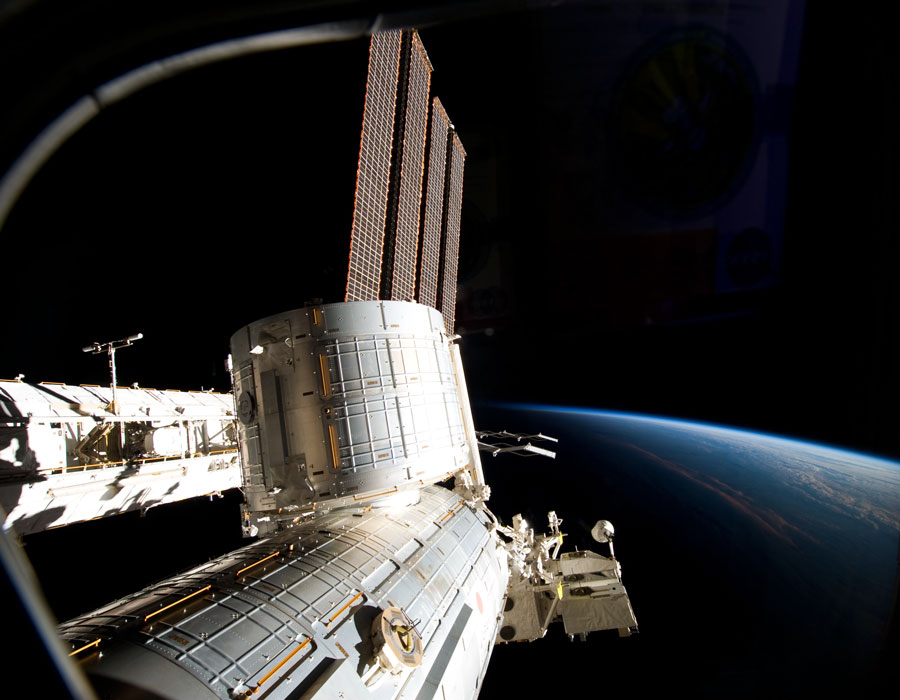 Explanation: The International Space Station is the largest object ever constructed by humans in space. The station perimeter now extends over roughly the area of a football field, although only a small fraction of this is composed of modules habitable by humans. The station is so large that it could not be launched all at once -- it is being built piecemeal with large sections added continually by flights of the Space Shuttle. To function, the ISS needs huge trusses, some over 15 meters long and with masses over 10,000 kilograms, to keep it rigid and to route electricity and liquid coolants. Pictured above, part of the immense space station was photographed out of a window by a member of the visiting Space Shuttle Discovery STS-131 crew. Visible in the foreground is Japan's Kibo research module, while a large truss is visible toward the left. On the far right, a crescent Earth slices through the blackness of space.