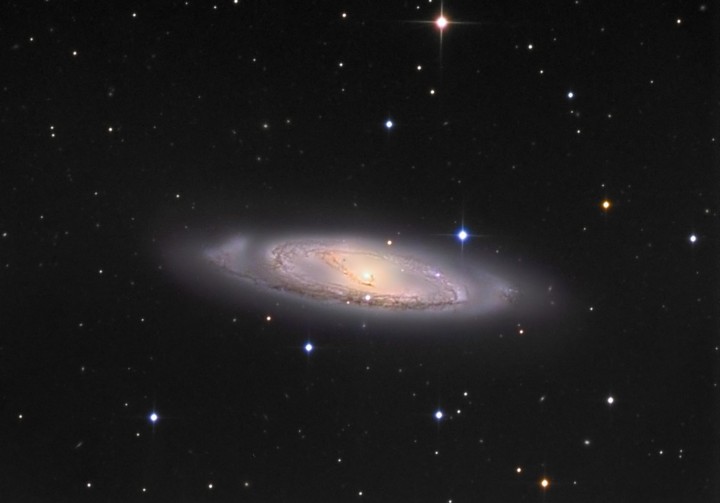 Explanation: M65 is a big, beautiful spiral galaxy, the sixty-fifth object in the famous astronomical catalog compiled by 18th century cosmic tourist Charles Messier. It's also a member of a picturesque trio of large spiral galaxies known as the Leo Triplet, about 35 million light-years away. This sharp view of M65 shows off the galaxy in remarkable detail, with tightly wound spiral arms and dust lanes stretching into a core dominated by the yellowish light from an older population of stars. In fact, M65 seems to be the least disturbed of the Leo Trio, though it is close enough to be interacting gravitationally with the other two galaxies (not seen here). Very nearly edge-on to our line-of-sight, M65 is about 100,000 light-years across, similar in size to our Milky Way Galaxy.