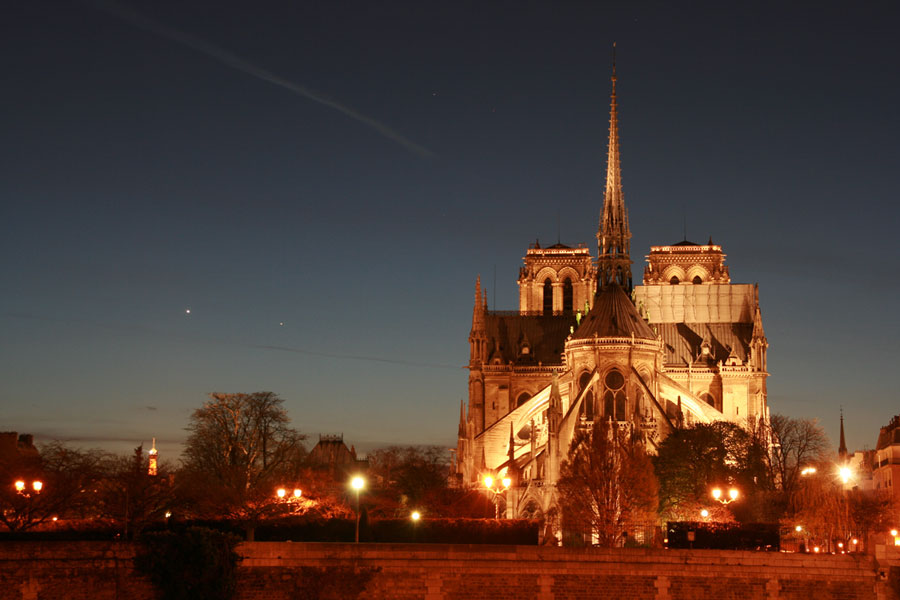 Explanation: Go outside tonight and see one of the more interesting planetary conjunctions of recent years. Just after sunset, the planets Mercury and Venus are visible quite near each other. Now Venus, being commonly discernible as one of the brightest objects in the sky, is frequently mistaken for an airplane. (Venus will set quite slowly, though.) Mercury, however, is dimmer and usually harder to find. Recently, though, Mercury can be found just to the right of Venus, appearing increasingly below the brighter planet over the next week. Pictured above, Venus and Mercury were imaged next to the famous Notre Dame Cathedral in Paris, France. A careful inspection of the image will further reveal that the bright object nearly below Venus is iconic Eiffel Tower.