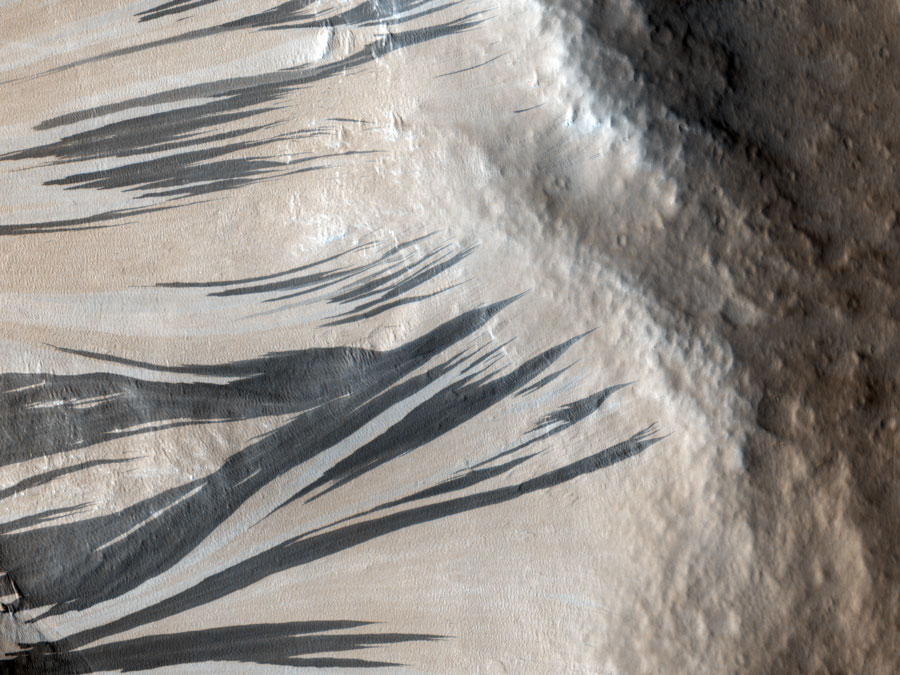 Explanation: What creates these picturesque dark streaks on Mars? No one knows for sure. A leading hypothesis is that streaks like these are caused by fine grained sand sliding down the banks of troughs and craters. Pictured above, dark sand appears to have flowed hundreds of meters down the slopes of Acheron Fossae. The sand appears to flow like a liquid around boulders, and, for some reason, lightens significantly over time. This sand flow process is one of several which can rapidly change the surface of Mars, with other processes including dust devils, dust storms, and the freezing and melting of areas of ice. The above image was taken by the HiRise camera on board the Mars Reconnaissance Orbiter which has been orbiting Mars since 2006. Acheron Fossae is a 700 kilometer long trough in the Diacria quadrangle of Mars.