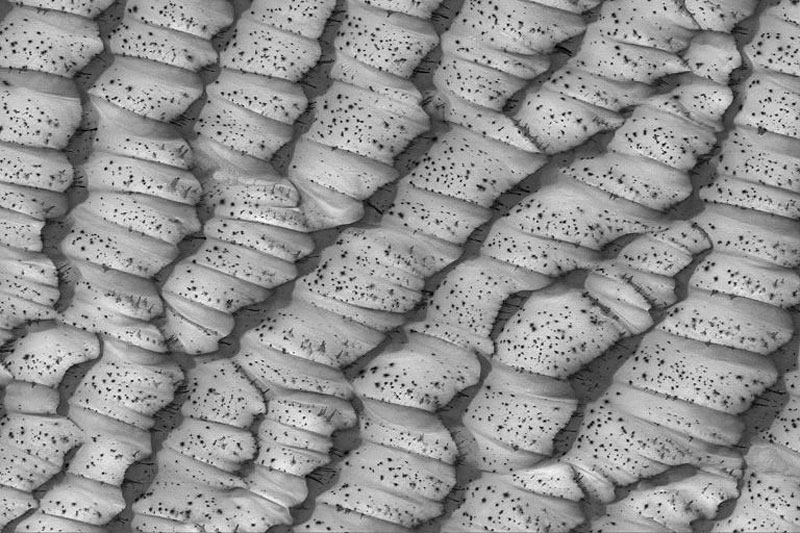 Explanation: What causes the black dots on dunes on Mars? As spring dawned on the Northern Hemisphere of Mars in 2004, dunes of sand near the poles begin to defrost. Thinner regions of ice typically thaw first revealing sand whose darkness soaks in sunlight and accelerates the thaw. The process might involve sandy jets exploding through the thinning ice. By summer, the spots expanded to encompass the entire dunes that were then completely thawed and dark. The carbon dioxide and water ice actually sublime in the thin atmosphere directly to gas. Taken in mid-July, the above image shows a field of spotted polar dunes spanning about 3 kilometers near the Martian North Pole. Today, the future of Mars rovers Spirit and Opportunity remains unknown windy dust storms continue to starve them of needed sunlight.