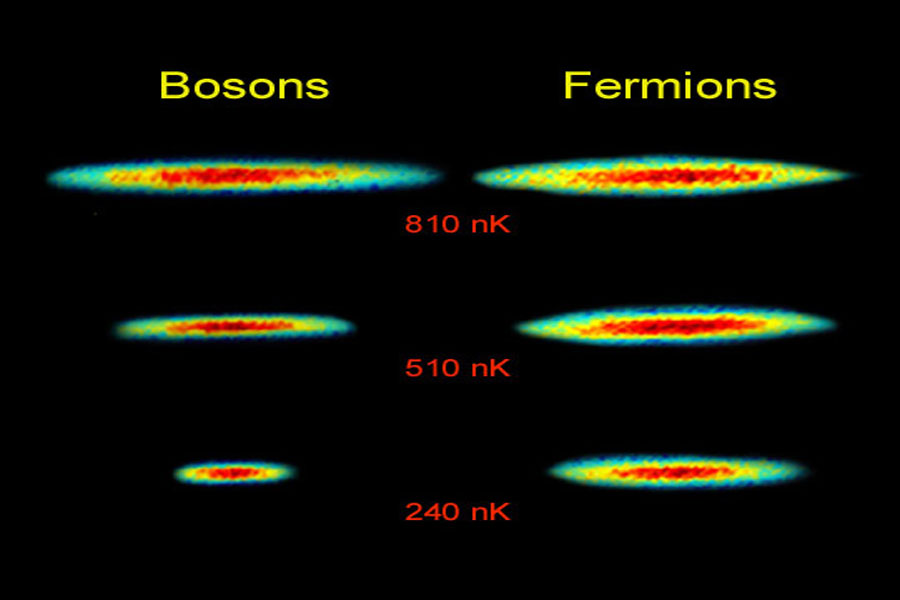 Explanation: Why doesn't matter just bunch up? The same principle that keeps neutron stars and white dwarf stars from imploding also keeps people from imploding and makes normal matter mostly empty space. The observed reason is known as the Pauli Exclusion Principle. The principle states that identical fermions -- one type of fundamental matter -- cannot be in the same place at the same time and with the same orientation. The other type of matter, bosons, do not have this property, as demonstrated clearly by recently created Bose-Einstein condensates. Earlier this decade, the Pauli Exclusion Principle was demonstrated graphically in the above picture of clouds of two isotopes of lithium -- the left cloud composed of bosons while the right cloud is composed of fermions. As temperature drops, the bosons bunch together, while the fermions better keep their distance. The reason why the Pauli Exclusion Principle is true and the physical limits of the principle are still unknown.