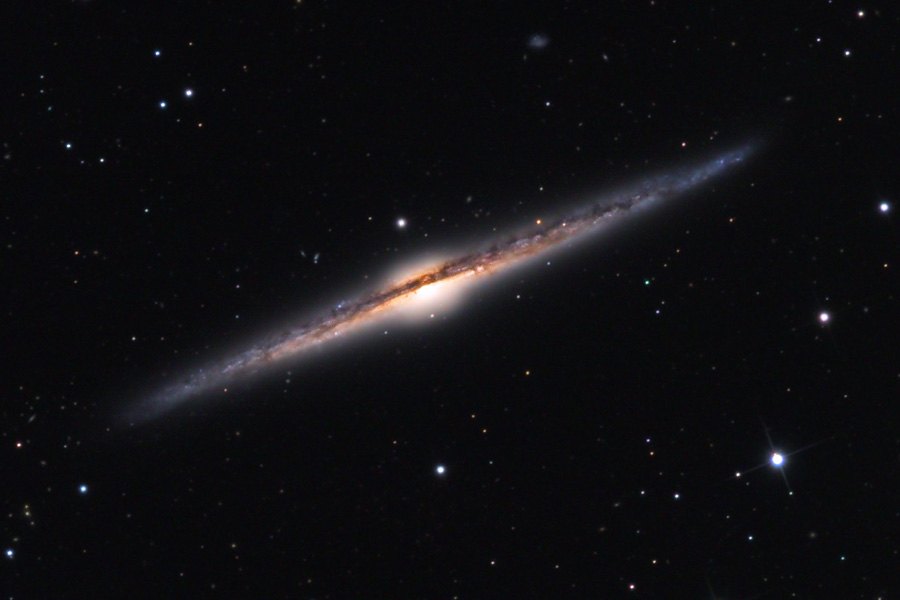 Explanation: Is our Galaxy this thin? We believe so. Magnificent spiral galaxy NGC 4565 is likely similar to our own spiral galaxy, but viewed edge-on from far away. Also known as the Needle Galaxy for its narrow profile, bright NGC 4565 is a stop on many telescopic tours of the northern sky as it lies in the faint but well-groomed constellation Coma Berenices. This sharp color image reveals the galaxy's bulging central core dominated by light from a population of older, yellowish stars. The core is dramatically cut by obscuring dust lanes which lace NGC 4565's thin galactic plane. NGC 4565 lies about 30 million light-years distant and spans over 100,000 light-years in diameter. Visible through a small telescope, some sky enthusiasts consider NGC 4565 to be a prominent celestial masterpiece Messier missed.