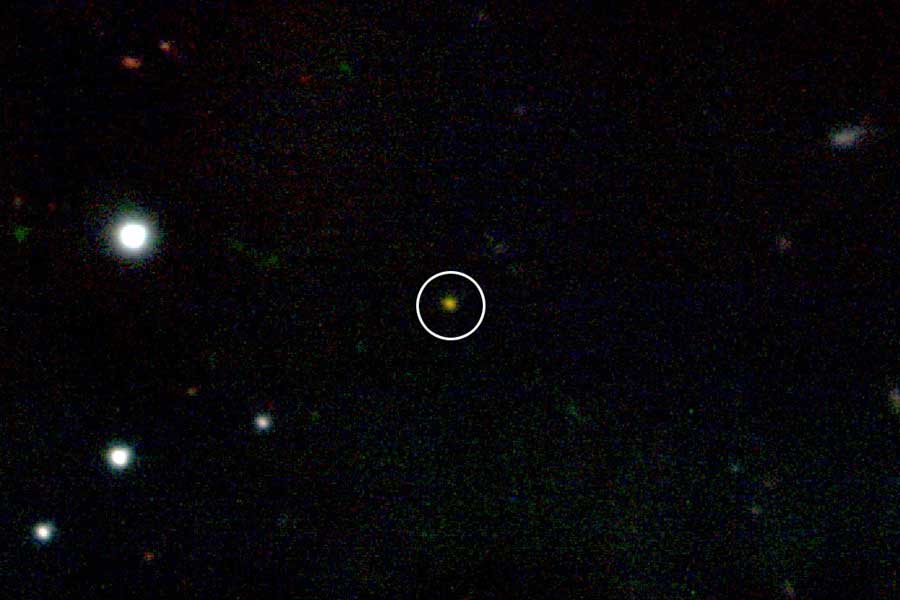 Explanation: An explosion so powerful it was seen clear across the visible universe was recorded in gamma-radiation last week by NASA's orbiting Swift Observatory. Farther than any known galaxy, quasar, or optical supernova, the gamma-ray burst recorded last week was clocked at redshift 8.2, making it the farthest explosion of any type yet detected. Occurring only 630 million years after the Big Bang, GRB 090423 detonated so early that astronomers had no direct evidence that anything explodable even existed back then. The faint infrared afterglow of GRB 090423 was recovered by large ground telescopes within minutes of being discovered. The afterglow is circled in the above picture taken by the large Gemini North Telescope in Hawaii, USA. An exciting possibility is that this gamma-ray burst occurred in one of the very first generation of stars and announced the birth of an early black hole. Surely, GRB 090423 provides unique data from a relatively unexplored epoch in our universe and a distant beacon from which the intervening universe can be studied.