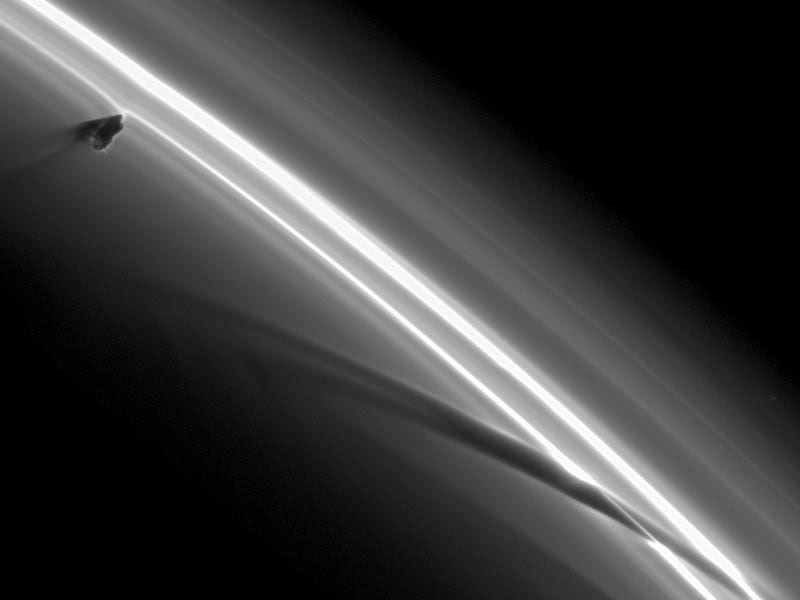 Explanation: What's causing those strange dark streaks in the rings of Saturn? Prometheus. Specifically, an orbital dance involving Saturn's moon Prometheus keeps creating unusual light and dark streamers in the F-Ring of Saturn. Now Prometheus orbits Saturn just inside the thin F-ring, but ventures into its inner edge about every 15 hours. Prometheus' gravity then pulls the closest ring particles toward the 100-km moon. The result is not only a stream of bright ring particles but also a dark ribbon where ring particles used to be. Since Prometheus orbits faster than the ring particles, the icy moon pulls out a new streamer every pass. Sometimes, several streamers or kinks are visible at once. The above photograph taken in mid-January by the robotic Cassini Spacecraft orbiting Saturn. The oblong moon Prometheus is visible on the far left of the image.