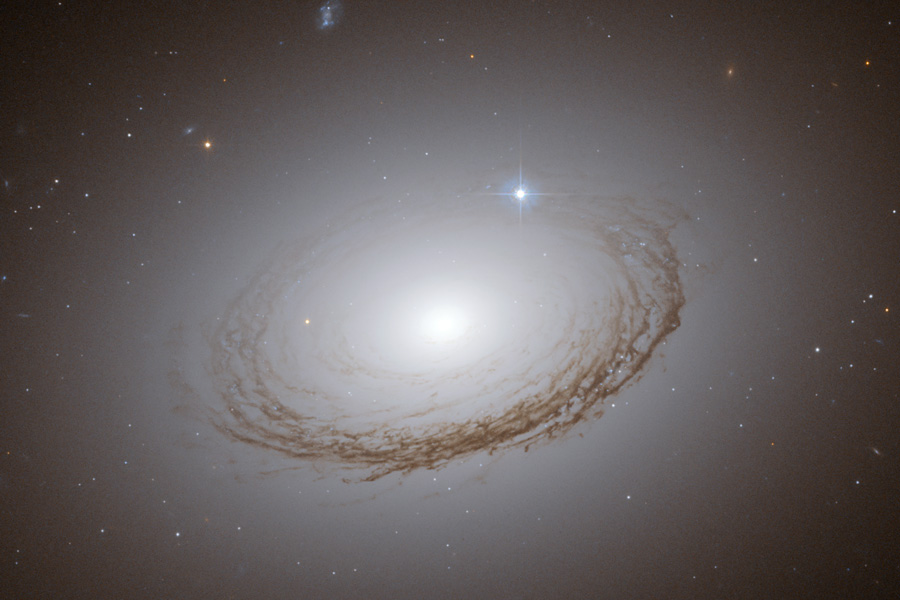 Explanation: How was this unusual looking galaxy created? No one is sure, especially since spiral galaxy NGC 7049 looks so strange. NGC 7049's striking appearance is primarily due to an unusually prominent dust ring seen mostly in silhouette. The opaque ring is much darker than the din of millions of bright stars glowing behind it. Besides the dark dust, NGC 7049 appears similar to a smooth elliptical galaxy, although featuring surprisingly few globular star clusters. NGC 7049 is pictured above as imaged recently by the Hubble Space Telescope. The bright star near the top of NGC 7049 is an unrelated foreground star in our own Galaxy. Not visible here is an unusual central polar ring of gas circling out of the plane near the galaxy's center. Since NGC 7049 is the brightest galaxy in its cluster of galaxies, its formation might be fostered by several prominent and recent galaxy collisions. NGC 7049 spans about 150 thousand light years and lies about 100 million light years away toward the constellation of Indus.