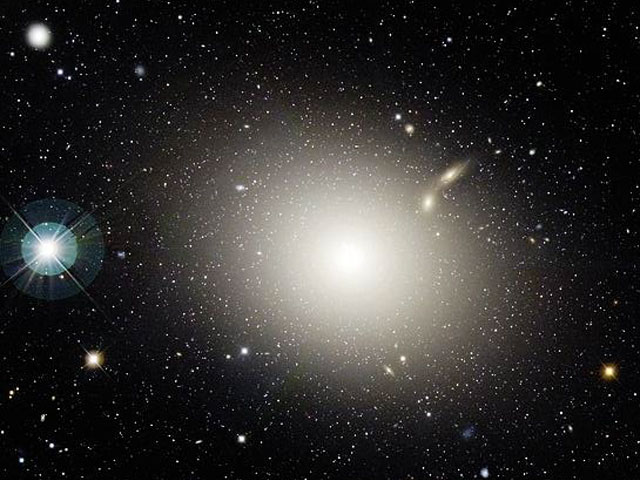 Explanation: Elliptical galaxy M87 is a type of galaxy that looks much different than our own Milky Way Galaxy. Even for an elliptical galaxy, though, M87 is peculiar. M87 is much bigger than an average galaxy, appears near the center of a whole cluster of galaxies known as the Virgo Cluster, and shows an unusually high number of globular clusters. These globular clusters are visible as faint spots surrounding the bright center of M87. In general, elliptical galaxies contain similar numbers of stars as spiral galaxies, but are ellipsoidal in shape (spirals are mostly flat), have no spiral structure, and little gas and dust. The above image of M87 was taken recently by the Canada-France-Hawaii Telescope on top of the dormant volcano Mauna Kea in Hawaii, USA.