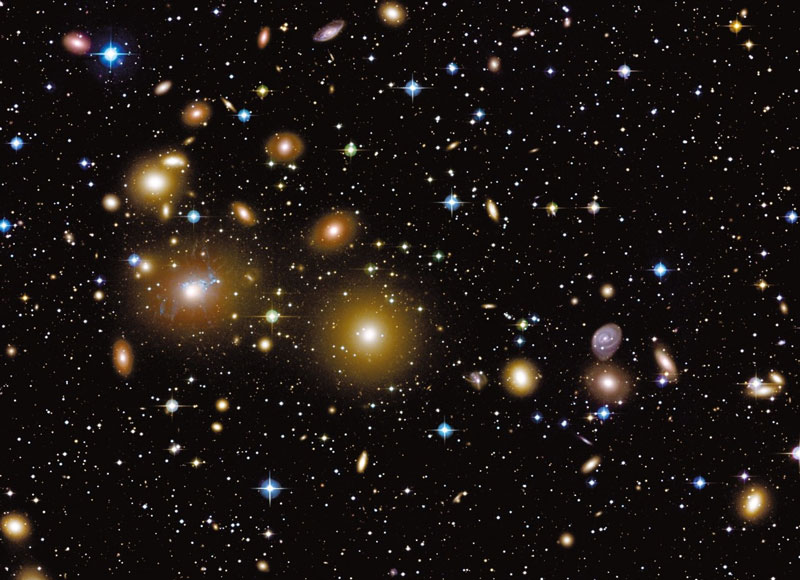 Explanation: Here is one of the largest objects that anyone will ever see on the sky. Each of these fuzzy blobs is a galaxy, together making up the Perseus Cluster, one of the closest clusters of galaxies. The cluster is seen through a foreground of faint stars in our own Milky Way Galaxy. Near the cluster center, roughly 250 million light-years away, is the cluster's dominant galaxy NGC 1275, seen above as the large galaxy on the image left. A prodigious source of x-rays and radio emission, NGC 1275 accretes matter as gas and galaxies fall into it. The Perseus Cluster of Galaxies is part of the Pisces-Perseus supercluster spanning over 15 degrees and containing over 1,000 galaxies. At the distance of NGC 1275, this view covers about 7.5 million light-years.