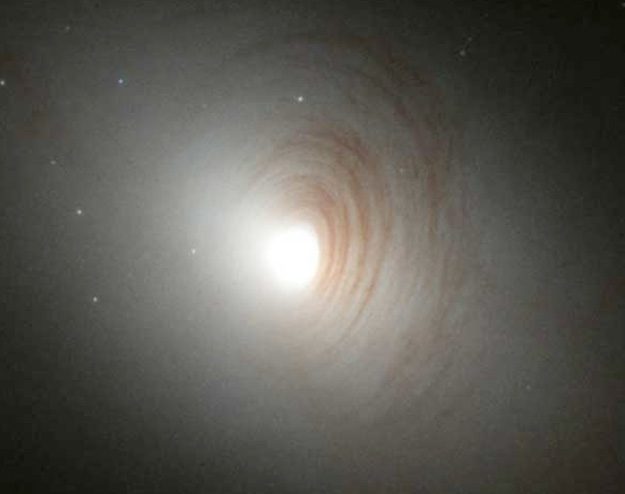 Explanation: Lenticular galaxies aren't supposed to be photogenic. Like spiral galaxies, they contain a disk, but like elliptical galaxies, they are usually short on dust, gas, and pretty spiral arms. Lenticulars are relatively little studied, possibly because of their seemingly benign nature. Famous galaxies historically classified as lenticular include M84, M85, and M86. Recent pictures and evidence, however, indicate that lenticulars can be both photogenic and scientifically interesting. For example, the above image of NGC 2787 taken with the Hubble Space Telescope shows that the center of this lenticular galaxy has interesting structure. The image was taken to help determine how lenticular galaxies formed, and what happens in their centers. The span of NGC 2787 in the above image is about 4500 light years, while the galaxy lies about 25 million light years away toward the constellation of Ursa Major.