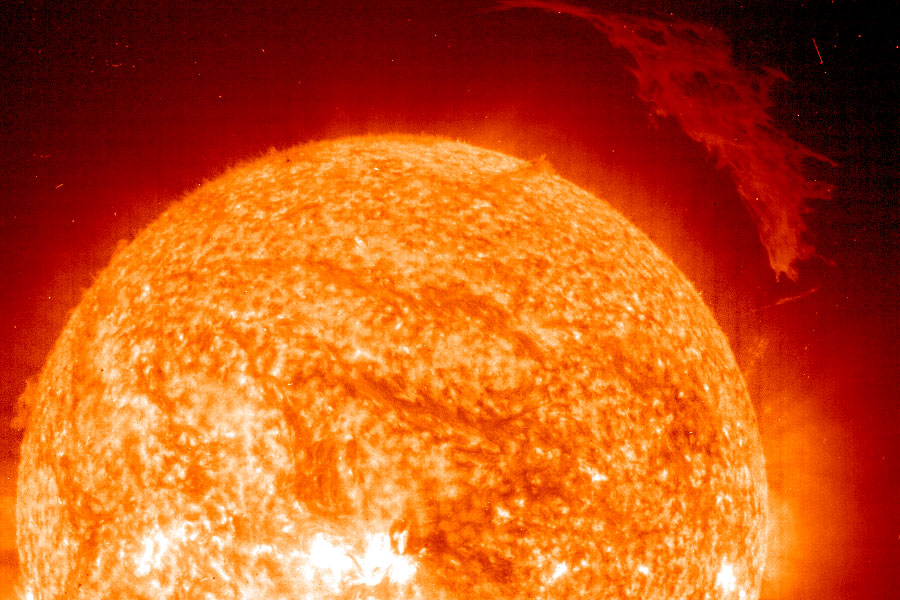 Explanation: What's happened to our Sun? It was sporting a spectacular -- but not very unusual -- solar prominence. A solar prominence is a cloud of solar gas held above the Sun's surface by the Sun's magnetic field. In 2004, NASA's Sun-orbiting SOHO spacecraft imaged an impressively large prominence hovering over the surface, pictured above. The Earth would easily fit under the hovering curtain of hot gas. A quiescent prominence typically lasts about a month, and may erupt in a Coronal Mass Ejection (CME) expelling hot gas into the Solar System. Although somehow related to the Sun's changing magnetic field, the energy mechanism that creates and sustains a Solar prominence is still a topic of research.