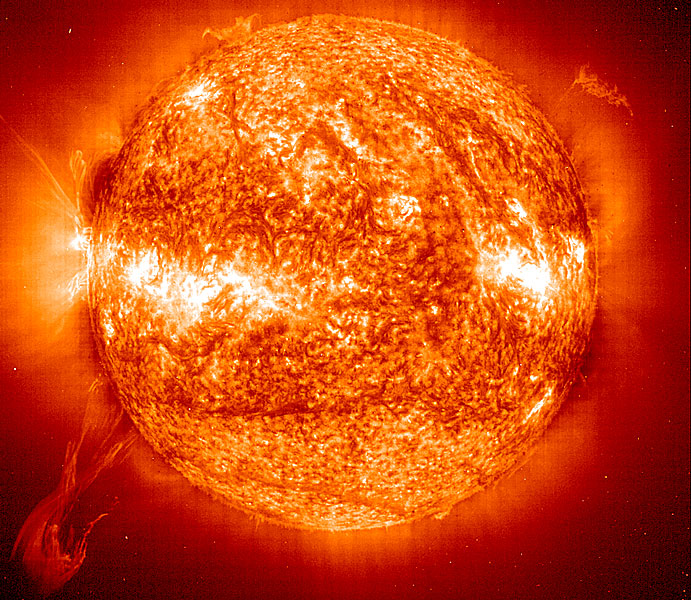 Explanation: Ten Earths could easily fit in the "claw" of this seemingly solar monster. The monster, though, visible on the lower left, is a huge eruptive prominence seen moving out from our Sun. The above dramatic image taken early in the year 2000 by the Sun-orbiting SOHO satellite. This large prominence, though, is significant not only for its size, but its shape. The twisted figure eight shape indicates that a complex magnetic field threads through the emerging solar particles. Differential rotation inside the Sun might help account for the surface explosion. Although large prominences and energetic Coronal Mass Ejections (CMEs) are relatively rare, they are occurred more frequently near Solar Maximum, the time of peak sunspot and solar activity in the eleven-year solar cycle.