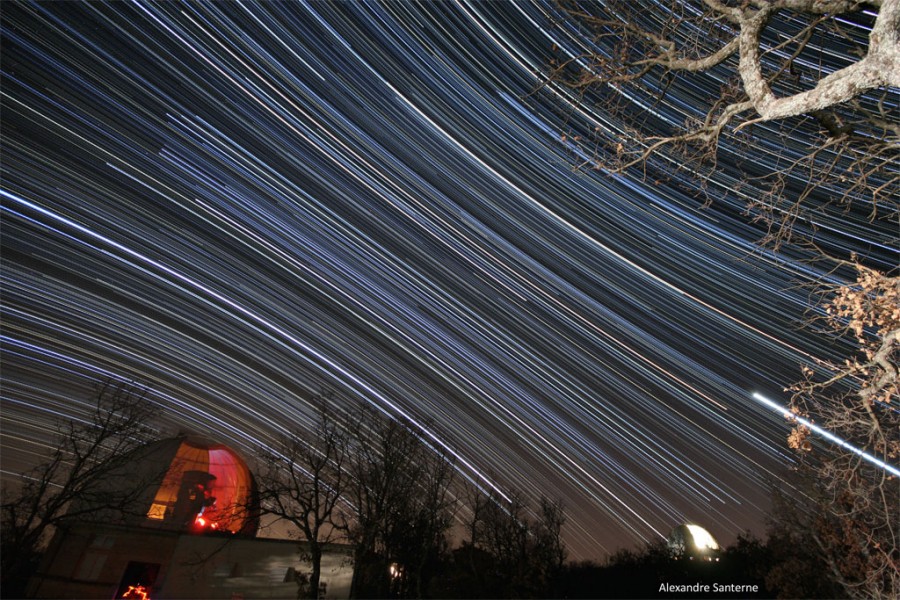 Explanation: Fix your camera to a tripod and you can record the graceful trails traced by the stars as planet Earth rotates on its axis. For example, this dramatic 5 hour long exposure was made on February 24 from Haute-Provence Observatory (OHP) in southeastern France. Actually a composite of 300 consecutive 1-minute exposures, the image nicely shows stars near the celestial equator tracing nearly straight lines in projection, while stars north and south of the equator, respectively, appear to circle the north and south celestial poles. Domes at the bottom left and right house the OHP telescopes. Brilliant planet Venus makes the short bright trail at the lower right, while trails of stars in the constellation Orion end near the lower right observatory dome. Sirius, alpha star of Canis Major, traces the bright arc over the dome at the left. Astronomer Alexandre Santerne also briefly illuminated a foreground oak tree during the exposure sequence.